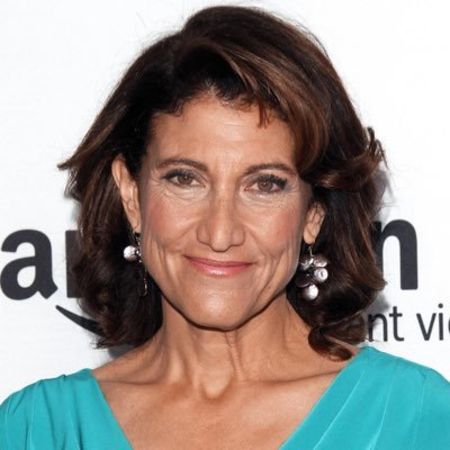 Amy Aquino is an American stage and screen actress most known for playing Phyllis Berger Silver in the CBS sitcom Brooklyn Bridge, Dr. Janet Coburn in the NBC medical drama series ER, and Lieutenant Grace Billets in the Amazon Prime police procedural series Bosch. Active in the acting industry since the late 80s, Aquino, throughout her career has appeared in notable films such as Moonstruck (1987), Working Girl (1988) & In Good Company (2004).

Amy Aquino was born Amy Louise Aquino on March 20, 1957, in Teaneck, New Jersey in an American family to Salvatore Aquino and his wife, Adele Frances Mesiti. An American by nationality, Amy is of white ethnicity.

Raised in Philadelphia, Aquino is a graduate of Harvard University; holds a Bachelor of Science degree in Biology. After she found her passion for acting, she enrolled in Yale University's Yale School of Drama, where she earned her Master of Fine Arts degree.

Amy Aquino began her acting career on the stage and had notable roles in plays like the Tony Award-winning "The Heidi Chronicles", "Living Out", and "Third".

She made her on-screen debut in 1982 with an uncredited appearance in the horror feature The Slumber Party Massacre. Since that time, she has had notable roles in movies like Moonstruck, Working Girl, Alan & Naomi, White Oleander, A Lot Like Love, and The Lazarus Effect. 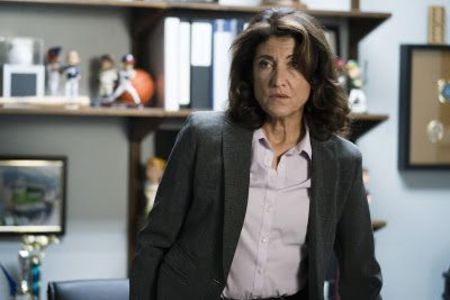 Aquino is most known on television for her roles as Phyllis Berger Silver in the CBS sitcom Brooklyn Bridge (1991-93. 33 episodes), Dr. Janet Coburn in the NBC medical drama series ER (1995-2009, 26 episodes), and Donna Gilchrist in the Syfy supernatural horror comedy-drama series Being Human (20-3-14.

In addition to that, Aquino has had guest-starred in numerous TV shows like Judging Amy, Freaks and Geeks, Felicity, Crossing Jordan.

In 2021, she played Dr. Raynor in the Marvel superhero-based TV mini-series The Falcon and the Winter Soldier.

Married to Producer Drew McCoy- Do They Share Children?

Amy Aquino has been married for 25 years to his husband, the producer, and financial advisor, Drew McCoy. They married on May 27, 1995, at a ceremony held at Saint Malachy's Roman Catholic Church in Manhattan, New York. 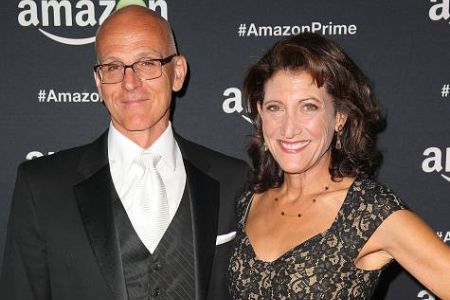 The couple resides in their 1915 Pagoda-style home in Hollywood, California, since having it renovated and landmarked. Aquino and her husband also own an inn in Palm Springs, California, called the Villa Royale. They are yet to share any children.

According to some online sources, Amy Aquino is believed to have a net worth of around $1.5 million. Her wealth comes from her decades-long career as a film and television actress. She made her on-screen debut in 1982 and has since featured in movies like Moonstruck, Working Girl, and The Lazarus Effect as well as TV series like Brooklyn Bridge, ER, Being Human, and Bosch.

Allegedly, Aquino earns a payroll in the 6-digit figure yearly; on average, the salary of an actor in the United States is $57,000 per year.