Amid All The Divorce News, Samantha Bee And Her Husband Of 17 Years Are Still Leading A Blissful Married Life 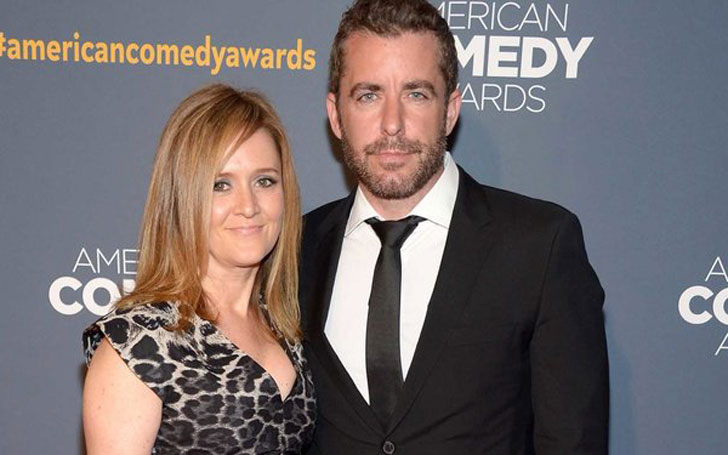 Reportedly, the divorce rate in America is at 50% and climbing, but Samantha Bee and husband Jason Jones don't belong to the category as they have been married for over 17 years and still going strong.

Bee and Jones married in 2001 and are blessed with three beautiful children. Today let's uncover all the details of their beautiful married life.

Samantha Bee and her husband Jason Jones first met while they both used to work for children's theater.

Bee and Jones didn't start dating soon after that, in fact, they started dating after around one or two years later in 1997. The couple turned their relationship into a formal bond after exchanging vows on 13 October 2001. 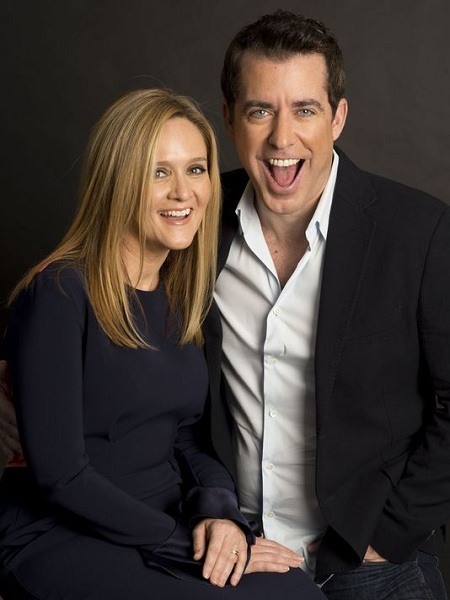 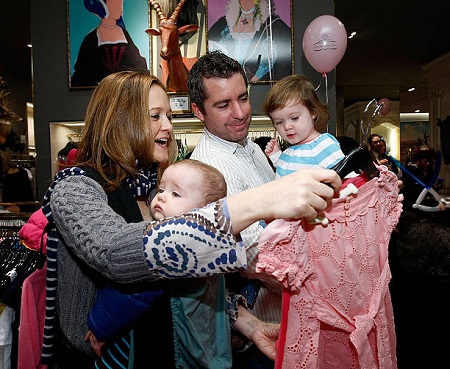 Throughout their 17 years of journey, Bee and Jones also worked together several times and supported each other in their professional work as well. Talking about their work experience together, the 48-year-old Full Frontal with Samantha Bee host said:

"Actually, we kind of like working together because it's really the only time that we're together without the baby, although we do have the baby here today, so I shouldn't say that. So, needless to say, there's a lot of making whoopee at work. We like to christen every room. Everyone just gets out of our way. They part like the Red Sea when they see us coming."

They both worked as a correspondent for the late-night talk The Daily Show. But they both quit the show in 2015 to create their own series. The couple together created a television series The Detour which premiered on TBS on April 11, 2016. Her husband, Jones starred in the series alongside Natalie Zea and Ashley Gerasimovich.

Bee also performed in the series and here is  what her husband said in an interview about she being a part of the show:

"I’m so proud of her, she’s doing such a great job on the show. And she’s really enjoying it too, which is the best scenario,"

In another interview Jones said:

"It always amazes me that she did what she did for 12 years, which isn’t too dissimilar to what she’s doing now, and received basically no attention. And now, people can’t get enough."

Bee is indeed lucky to be blessed with such a supportive husband and beautiful family. The family of five currently reside in their house in Manhattan, New York.

During her early career, Bee performed a  titular role in the stage show of Sailor Moon. Later, she became the "A" cast in Sailor Moon. 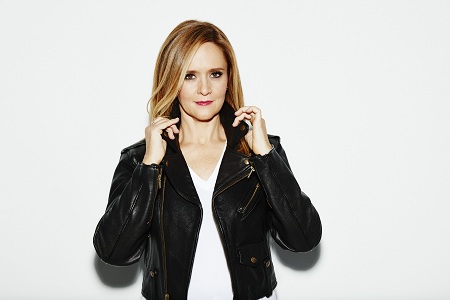 CAPTION: Actress Samantha Bee rose to fame after beings a correspondent on a talk show, The Daily Show SOURCE: Fortune

She started her acting career with the Canadian movie Ham & Cheese in 2004 alongside her husband, Scott Thompson and Dave Foley.

Furthermore, she also appeared in other television series including Little Mosque on the Prairie, Law & Order, Love, Loss, and What I Wore and The Detour. At present, she is working as a voice actor in the animation movie Elliot the Littlest Reindeer which in post-production.

She is also the host of her own late-night talk and news satire show in TBS, Full Frontal with Samantha Bee.