American Rapper Post Malone Is In On An Off Relationship With Ashlen Diaz Since 2015: More Details Here 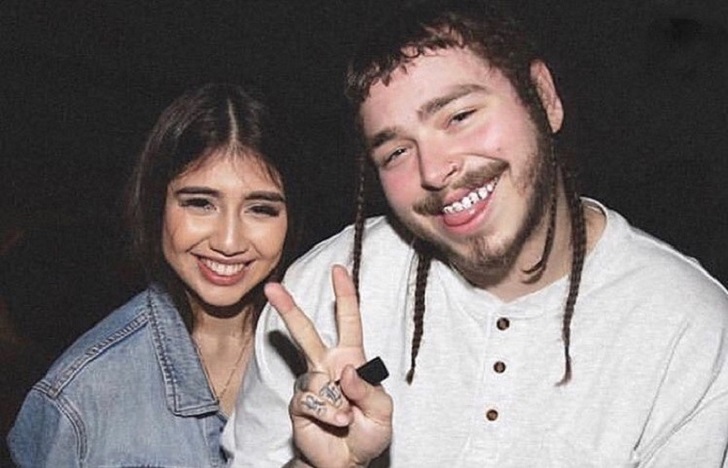 There is a saying 'there is a woman behind every successful man.' The quote is closely related to Post Malone’s life as his girlfriend is the inspiration behind his successful musical career. Malone’s girlfriend Ashlen Diaz has been a great support to him, on-stage and off!! But, most of the time he kept his girlfriend under the radar.

Due to this,  their fans are curious to know more about the couple's relationship, so let’s not get delayed diving into their secretive dating life here!!

Hip-hop artist Post Malone has been in an on and off relationship with Ashlen Diaz since 2015. His secretive affair revealed when he posted a birthday message dedicated to her on his Twitter account.

happy Texas time birthday to most wonderful thing to ever happen to me Ashlen Nicole Diaz. I love u

Then in 2016, he appeared alongside Ashlen on The Breakfast Club’s interview where he said that the duo is back together after a brief split. In that interview, when asked about the real reason for their short break up and he replied:

It’s tough having a balance, between dedicating my life to music and dedicating time for Ashlen. It’s tough because you want to get into the studio, you want to do as good music as you can, sometimes you're real busy.

The duo then did not make any appearances together for almost a year. But, in June 2017, someone anonymously captured a video of the couple walking together. 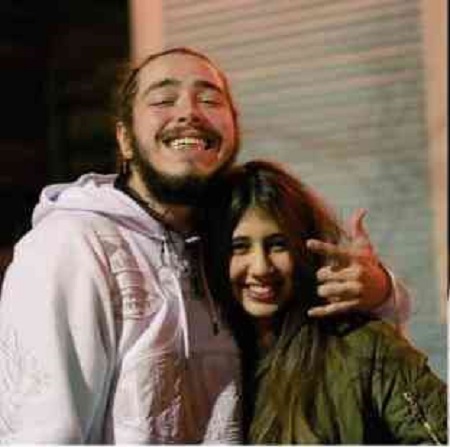 CAPTION: Hip-hop artist Post Malone has been in an on and off relationship with Ashlen Diaz since 2015 SOURCE: P Interest

Although their faces were pretty hidden in the video, later in November of the same year, she posted a photo on Instagram with the same bag as the woman in the video.

More proof of their relationship revealed on 2018’s Valentine’s Day when she posted her photo with him captioning us.

The couple, nonetheless, could not last long and split up in November 2018. Their split was mutual. After a few months of their separation, the artist according to TMZ was seen at George Bush Intercontinental Airport in Houston holding hands with a mystery babe. 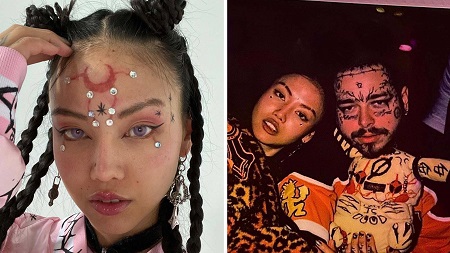 Then, there were rumors of the singer dating Lucy Hale, however, the alleged couple neither confirmed nor denied the rumors. As of 2021, Malone, 25 is dating  TikTok star, singer, rapper, and artist MLMA. Their romance was confirmed when the K-pop artist shared a photo of Malone on Instagram with the caption "the cutest face.”

Diaz is a private woman and her Instagram account reveals very little of her relationship with him. She worked as a promoter at Cashaveli TX, worked there for three years. She now works as an independent concert promoter in the Greater Los Angeles Area.

Diaz met Malone when she booked a show for him in Texas, Dallas. 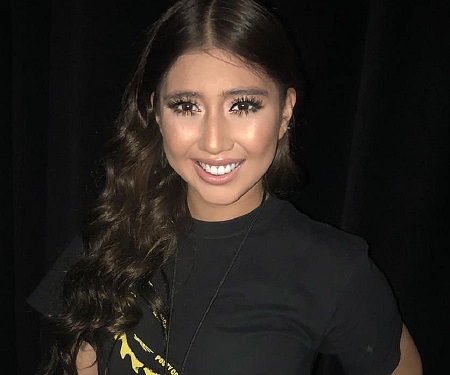 CAPTION: Ashlen Diaz is an independent concert promoter in the Greater Los Angeles Area who grabbed limelight following her on and off relationship with Post Malone SOURCE: Famous People

She is a shy girl and rarely flaunts her personal life on social media. In November 2017, she took Instagram to share her shy nature and social anxiety. She uploaded her photo with a long caption explaining her shy nature.

Though being longtime lovebirds, they don’t follow each other on Instagram. And while she still posts about him on her Instagram but, he has not posted anything about her since 2015.