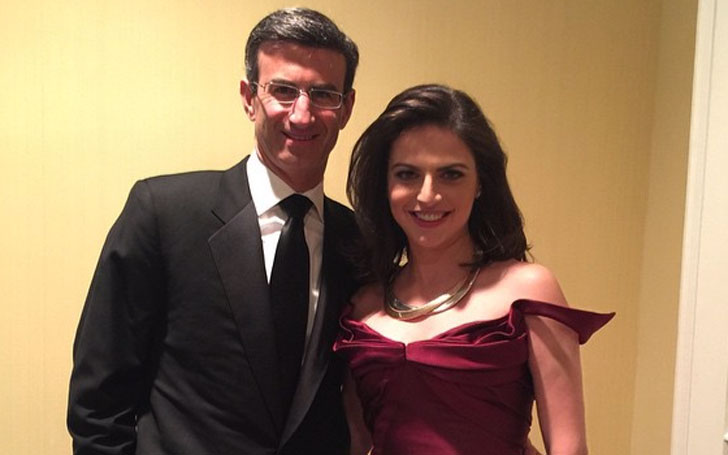 Bianna Golodryga, a former Yahoo News and ABC employee has been busy working in CBS News as a New York-based correspondent. In addition, she's also serving as a contributor on CNN.

Like her successful professional life, she is also leading a happy family life with her husband Peter Orszag. The couple's blessed with two kids. Today we have all the information regarding their relationship and children.

Former Good Morning America weekend anchor Bianna Golodryga marriage with American banker and economist Peter Orszag created quite a buzz in the media.The couple tied the knot in September 2010 in a grand ceremony.

Peter is the former Director of the Office of Management and Budget previously working under Obama and Clinton administration. He also writes columns for Bloomberg View and The Times.

Bianna and her husband Peter attending an event

Orszag and Golodryga met for the first time in 2009's White House Correspondent's Dinner in May and most probably got engaged in December the same year.

Their wedding became the hot topic of the town as it was Peter's fourth marriage.

As of now, the couple has completed seven years as husband-wife; and yes! blessed with two adorable kids Jake Spencer Orszag and Maia Isabel Orszag.

They just celebrated 7 years of togetherness with an Instagram post on 25 September 2017. Here is a picture of the couple on their vacation.

The father of four battled for a long time with his ex-wife, Cameron Kennedy for the child support of two children with her. And it seems that he now has custody of both the children.

All four kids are having fun together

Let's congratulate Bianna and Peter for their wonderful family life.

The reporter signed an unusual deal working with two major networks at the same time.

Golodryga, who previously served as a business anchor for Yahoo News and the anchor of ABC's weekend edition of 'Good Morning America' signed multiyear deals with both broadcasting networks in September 2017. Well, what makes Golodryga's deal unusual is that she'll be working for both networks each day, contributing reports to CBS and serving as an on-air contributor on CNN shows that includes "The Situation Room with Wolf Blitzer". In addition, she is a member of the Council on Foreign Relations. She's also a regular columnist for The Huffington Post.