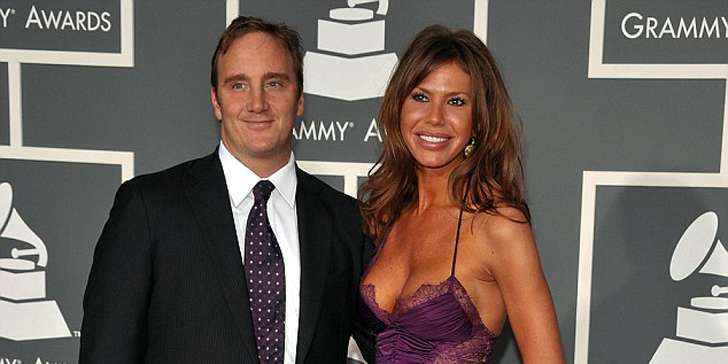 Reportedly, Jay Mohr has filed for divorce from wife Nikki Cox after nine years marriage. The radio host and actor filed paperwork to end their marriage, citing irreconcilable differences between them.  Not only he filed the documents for divorce but he also filed an emergency petition for full custody of their five-year-old son Meredith Daniel. Jay stated that his wife is suffering from depression and he worries that his son is at risk if left alone with Nikki due to an ongoing and serious drug problem.

However, both Jay and Nikki have denied talking about their divorce rumors. The couple even shared their pictures through social media stating that “We are married. Very in love. Very happy and that’s really all there is”. Even though there is a lot of divorce rumors going around the couple still seem so much in love with each other with is a little sign of relief to their fans.

The couple got married in 2006 after they met each other when Jay appeared as a guest star on Nikki’s show Las Vegas. The duo really got along and got engaged in February 2006 and later on got married same year. Jay even took her name after they got together, changing his legal name to Jon Ferguson Cox Mohr. Before Nikki, Jay was also married to Nicole Chamberlain and also has a son with her named Jackson. They separated in 2004.

Jay and Nikki have always been people’s favorite and they all hope that the couple soon sorted out the problems in their relation. Currently, both the celebrities are busy in their respective work. The net worth of Jay is estimated at $5 million dollars. Apart from all the divorce gossip, the pair is busy in spending time with each other so; maybe there is a chance of them sorting out their problems soon.