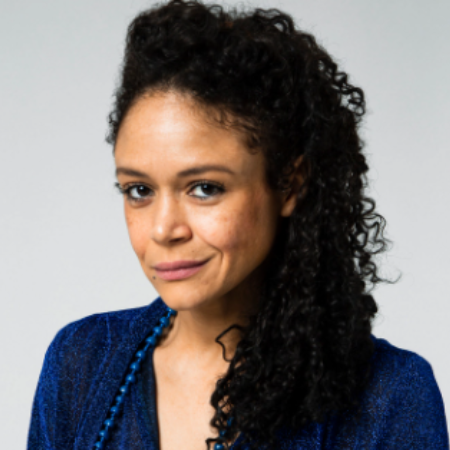 Amber Gray is a multiple award-winning American actress and singer. She is most known for playing Hélène Kuragina in the Broadway musical Natasha, Pierre, & the Great Comet of 1812. Likewise, she gained additional fame through her performance as Persephone in the Tony Award-winning musical, Hadestown.

Amber Gray was born on April 2, 1981, in Fort Belvoir, Virginia, the United States. As per nationality, she is American and is of biracial descent.

Talking about her educational background, she is a Wayland High School graduate. She attended Boston University, where she obtained a bachelor of arts degree in acting.

Similarly, she earned a master of arts degree in acting from New York University. She is 39 years old as of 2021.

Amber made her television debut in 2007 when she appeared as Raye in the hit series Law & Order: Special Victims Unit. Since then, she has featured in other short projects and series like Sissypants, Blow Up, and The Impossibilities.

In 2012, she played Hélène Kuragina in the musical Natasha, Pierre, & the Great Comet of 1812. She reprised the role in 2013 and 2014 in Kazino Meatpacking District and Kazino Times Square, respectively. Also, in Imperial Theatre, Broadway from 2016-2017. 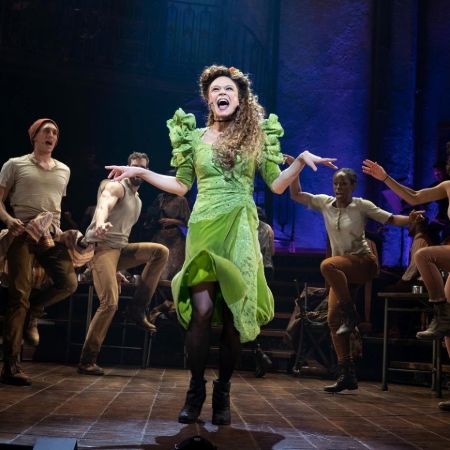 She starred as Zoe in Branden Jacobs-Jenkins' An Octoroon in 2014. She reprised the role in 2015 at the Theatre for a New Audience.

From 2018-2019, she performed as Persephone in the Tony Award-winning musical, Hadestown, for which she won the 2020 Grammy Award for Best Musical Theater Album.

She acted as Bethany Bump in the comedy TV series Ms. Guidance in 2020. The actress is set to star in the upcoming Amazon Prime Video series The Underground Railroad starring Thuso Mbedu, Chase W. Dillon,  Joel Edgerton, and Peter Mullan.

Moreover, her other upcoming projects are Master and Where There's Smoke.

Amber Gray is predicted to have an estimated net worth of $1 million as of March 2021. However, the fact is yet to be confirmed by reliable sources. Most of her economy comes from her acting and singing career.

She was part of the comedy-romance film The Weekend. She has appeared in the comedy TV series Ms. Guidance. The actress is set to appear in the upcoming Amazon Prime Video series The Underground Railroad.

Mother Of Two-Who Is Her Husband?

Amber Gray is a married woman as of 2021. She tied the knot with her long-time partner Gaylen Hamiton in 2011 in an intimate wedding ceremony.

Since the marriage, the couple is blessed with two children; however, the details are not available. The family of four currently lives a blissful life in the United States.