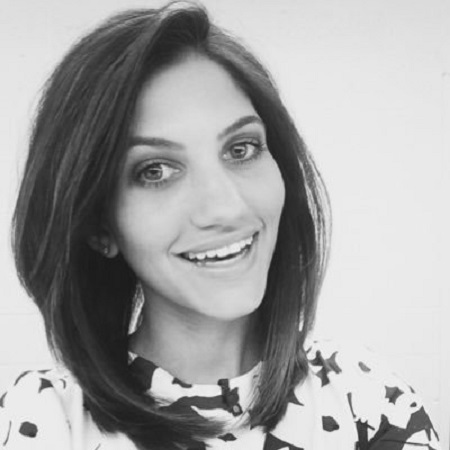 Alyssa Caroprese is a rising American certified broadcast meteorologist who currently serves for WRGB as a morning meteorologist. She joined the channel in March 2015, working as a Weekend and Noon meteorologist.

How Old Is Alyssa?

Alyssa, till the date, has not opened up her exact birth date. As one of her boyfriend’s post, she was born in 1990 and is 30 years old now. She was born and raised in New Jersey, the United States of America.

Alyssa’s nationality is American, whereas her ethnicity is not known. The secretive Alyssa has not discussed anything about his parents and family life. She has an older twin named Salvatore.

Alyssa graduated with a Bachelor’s Degree in Meteorology from Rutgers University. During her school days, she was a part of the Rutgers Meteorology Club, RU Weather Watchers, and American Meteorology Society.

She is 5 feet 1 inch tall and has a slim body build.

While surfing around Alyssa’s Instagram, we came to know that the gorgeous lady is already taken. She is currently dating Shane Mahar. The duo started dating in 2016 and now enjoys four years long dating relationship.

Alyssa and Shane are yet to reveal plans of their wedding or engagement. The pair once had a pet dog Golden Joey who is no more. Now, they have a pet dog Chloe who they take as their child.

Alyssa has been actively working in the journalism and meteorologist field for a long time now. It’s true that she has not disclosed the figure of her net worth.

However, some tabloids reported that Alyssa Caroprese’s net worth is around $250 thousand. According to PayScale, the annual average salary of meteorologists is about $35 thousand to $100 thousand; so her salary might also be in the same range.

Alyssa always wanted to be a meteorologist since she was a child. She used to watch the Weather Channel and pin down the name and title of every person.

From June 2012 to August 2012, she was an intern at News 12 New Jersey. She has worked at KDRV NewsWatch 12 for around two years and three months working as a morning/midday meteorologist, weekend meteorologist, and web producer.