Betsy Kling was born on 3rd March 1975 in Copley Northeast Ohio. She holds American nationality and belongs to white ethnicity.

Kling attended Copley High School in Copley, Ohio. She later went on to join the Bowling Green State University and earned her bachelor's degree in journalism in 1997.

Furthermore, Betsy obtained a certification in broadcast meteorology from the University of Mississipi.

Following her graduation, Betsy Kling started working as a weekend meteorologist at WKJG-tv, in Fort Wayne, Indiana Area. She spent three years working with the network before joining the WTLV/WJXX-TV as a meteorologist.

In March 2003, Kling landed the job at WKYC-TV. Her exceptional work in the network also earned her prestigious Emmy Award for Team Efforts News Events Coverage of the Columbia Shuttle Tragedy.

In 2008, Kling became the first-ever female chief meteorologist for the channel. In the following year, the veteran media personality went on to win her second Emmy Award for Crafts. Furthermore, she was also named the Best of Cleveland weather Forecaster by Cleveland Magazine from 2015-18. 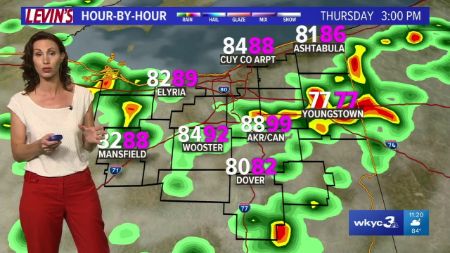 Kling likewise won All Ohio Excellence in Journalism Award in 2019.

How Much She has Collected Her Net Worth?

Betsy Kling has been working as a meteorologist for more than two decades. She has undoubtedly collected a considerable amount of money from her career. She has a net worth of $2 million.

Betsy Kling is happily married to Paul Thomas for a long time now. The couple tied the knot in August 1999. She first met Paul at her workplace where Thomas was a reporter. The two dated for some time before they committed. 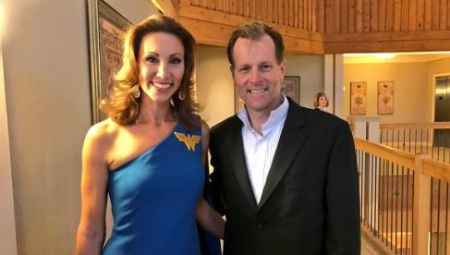 The couple is blessed with two angel daughters Josie Thomas and Violette Thomas. The couple often appears spending their quality time with their children in various places.

The loving couple currently resides in Cleveland Ohio along with their two kids.