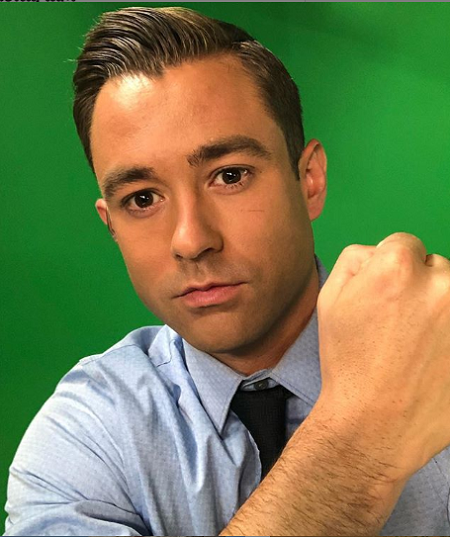 Adam Klotz is a famous American meteorologist who is also known for his crazy socks wardrobe. He is renowned for bringing the national forecast on FOX News Channel and FOX Business Network. The meteorologist is an avid traveler who has traveled to many countries like France, Mexico, Germany, Spain, Australia, Greece, and so on. So far, he has traveled five continents.

How Old Is Adam?

As per his Facebook, his parents are not married anymore. His mother got married on 10th August 2018. Adam grew up alongside his brother Travis Riley Klotz, who is now married to Megan Redman Klotz.

Adam studied at Warsaw Community High School and later attended Ball State University. During his university days, he interned at Country Music Television and graduated in the year 2008. 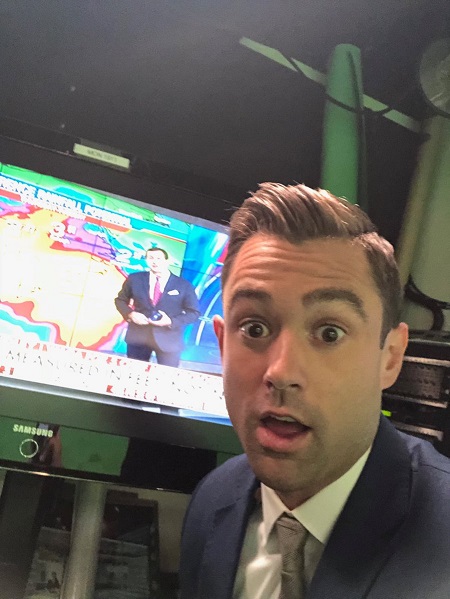 Adam's first job was a weatherman in Lima, Ohio, where he worked for almost a year and a half. While working at Lima, he was attached to cables. During one of the events, he was nervous and turned in the wrong direction, where he got stuck with wire from head to toe.

Adam then took a break and traveled to many countries. After returning, he started working at WJHG-TV NewsChannel 7 as a weather anchor.

The meteorologist is also a reporter who has reported a major breaking news story that aired on NBC’s Today Show. He, however, grabbed huge attention for joining Fox 5 in 2014, working as a weekend meteorologist. He also worked as a multimedia journalist.

Adam currently serves as a meteorologist for Fox News Channel and Fox Business Network joining the channels in January 2017. Well, besides his journalism profession, he is also widely recognized for his colorful socks.

It has now been quite a long time since Adam began his professional meteorologist profession and has been making a considerable figure of money.

As of 2020, Adam Klotz’s net worth is reported to be around $2 million, whereas he earns an annual salary of $200 thousand. The average salary of a meteorologist at Fox News channel is approximately $39 thousand to $92 thousand.

The 5 feet 9 inches tall, Adam has always tried his best to keep his personal details away from the media. He is yet to open up about his dating life.

While surfing around Adam’s Instagram, he once had posted numerous pictures with a girl named Bianca Robles. Many suspected that he might be dating the girl, but, as he stopped posting pictures, they might have broken up, or they were only friends. In one of the posts, he even mentioned her as his lady.

Me and my lady back on the beach I met her at. #home #20likes #emeraldcoast #destin #florida

His current relationship status is quite confusing, as he has kept his lips sealed.