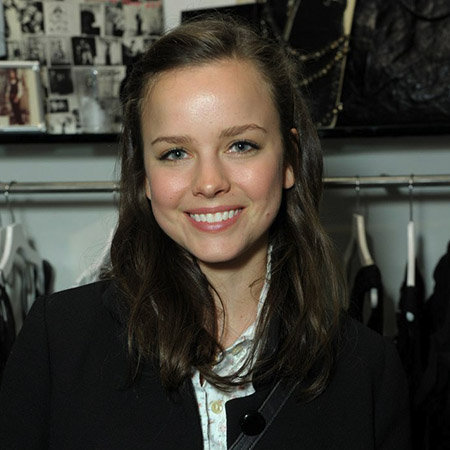 Allison Miller is an American actress who is renowned for playing Skye Tate on Fox series Terra Nova, Michelle Benjamin on the NBC series Killing and Carrie on the Go On.

Miller debuted her acting career from a short film Lucy’s Piano in 2006. She made her television debut from an episode of the ABC’s popular show, General Hospital.

She later enacted in other numerous television film and series including Boston Legal, Devil’s Due and Selfie. In 2017, she appeared in a Netflix original mystery teen web drama series Thirteen Reasons Why produced by Selena Gomez.

Allison Miller is a beautiful and energetic lady who was born in the historical city of Rome, Italy. Her parents are Margo and John Winn Miller. Her father is the retired publisher of the Olympian newspaper in Olympia, Washington.

After giving birth to her, her parents moved to Lexington, Kentucky. She enrolled for her high school diploma at the State College, Pennsylvania. Later, transferred to Maclay School in Tallahassee, Florida.

Miller very briefly attended the Boston University before enrolling Rhodes College for freshman year. She then moved to the University of Florida in Gainesville.

In 2006, she dropped out of college and moved to Hollywood to pursue her career full-time. Besides acting, she has training in voice, tap, jazz as well as in modern dance. She also speaks Spanish and French.

Miller began her career as a member of the Young Actors theater group in Tallahassee, Florida. She featured Nora in the Broadway show Brighton Beach Memoirs for the theatre.
In 2004, she was one of the eight actresses chosen to finalists to play Laurie in the VH-1 reality show in Search of the New Partridge Family in 2004.

Miller then appeared as a series regular on the NBC series Kings- a historical drama show based on the biblical story of David.

In 2014, she was cast in a psychological horror film Devil’s Due. In 2016, she appeared in a Syfy series Incorporated. The series was canceled after one season in February 2017.
In 2017, she appeared in the psycho-thriller drama series 13 Reasons Why. Currently, she is filming TV movie A Million Little Things.

Allison Miller is net worth is $5 million, but it is not confirmed officially. She has garnered a hefty amount of the net worth from her acting career. She earns annually over $6 million from her films and television shows.

Miller couple has also involved in several charities and movements. She is five feet eight-inch-tall and has a perfect body measurement size of 36-27-34.

Allison Miller is a married woman. She is married to comedy actor Adam Nee since 2012. The pair has been happily married till now without any divorce rumors. They don’t have any children yet.

Her husband, Adam Nee, is the younger brother of the Nee Brothers. He is famous for his film The Last Romantic with his elder brother Aaron Nee. He has appeared in various television and film projects like Law & Order, Sex in the City and south of Heaven.