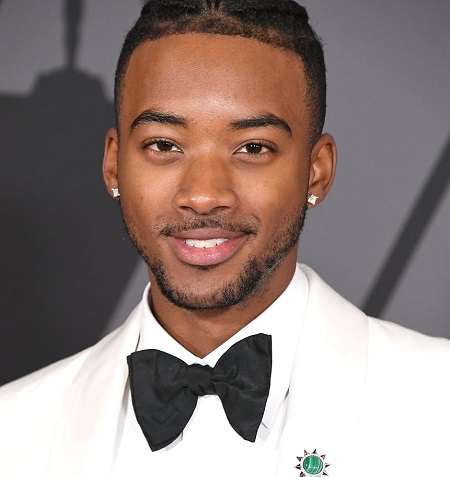 Algee Smith is a popular American actor and singer who has appeared in numerous small television roles. He came into the spotlight for appearing in The New Edition Story miniseries. As of now, he stars in HBO drama series, Euphoria alongside, Angus Cloud, Nika Williams, Lukas Gage, and Maude Apatow.

Algee was born on 7th November 1994 in Saginaw, Michigan, the United States of America. The 25 years old actor was born to musician father and fashion designer mother. As his parents are both involved in arts, he was also dragged into it.

Algee was nine years old when he completed his first rap recording. He also then started appearing in the same roles in the television series.

The 25 years old actor started his professional journey in 2012. After appearing in numerous television movies like Let It Shine and Earth to Echo, Algee grabbed huge attention for appearing in The New Edition Story. He won the hearts of thousands with his incredible acting skills.

In 2012, he also went on to appear in the television series Army Wives as Sam and in the television movie, Let It Shine as Da Boss. He then appeared as Marcus Simms in Earth to Echo in 2014 and as Theo in Complications in 2015. 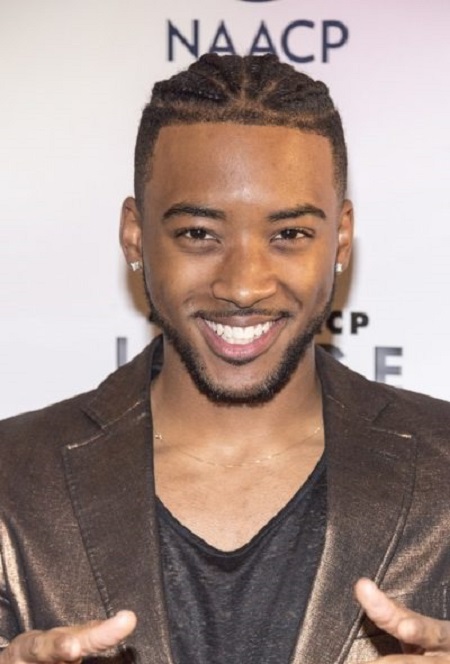 In 2019, he portrayed the leading role of Chris McKay in Euphoria. He will soon be appearing in Untitled Fred Hampton Project.

Regarding singing career, he has released two Eps, Listen and 24, and one mixtape, Flight Delayed.

Algee is actively working in the entertainment industry as an actor, singer, and musician. Being involved in three different professions, he is definitely earning a huge figure of salary.

As of 2020, Algee Smith’s net worth is reported to be around $1 million and earns an annual salary of $100 thousand. As an actor, he makes $50 thousand and earns approximately $50 thousand to $78 thousand as a singer per annum.

Is Algee Married Or Dating Anyone?

A girlfriend is just too much and unneeded for me right now....I'm on my grizzy..but we can be coo though lol

Likewise, on 5th March 2011, Algee tweeted that a girlfriend is just too much for him. But, as of now, according to Dating Celebs, he is currently in a relationship with Dalia Kaissi. It is not clear when and how they began dating.