Alexandra Grant is an American visual artist, linguist, and philanthropist. She specializes in examining the text and language found in paintings, sculpture, film, photos, and other mediums to understand its origins, location, and social significance. She came into the limelight after being publicly sighted with actor Keanu Reeves on the red carpet of the Los Angeles County Museum of Art’s Film.

A very accomplished artist, Alexandra made mainstream headlines when she was spotted escorting Keanu Reeves at the LACMA Art + Film Gala. Keanu, who is usually very secretive of his private life, was seen holding hands with Grant. 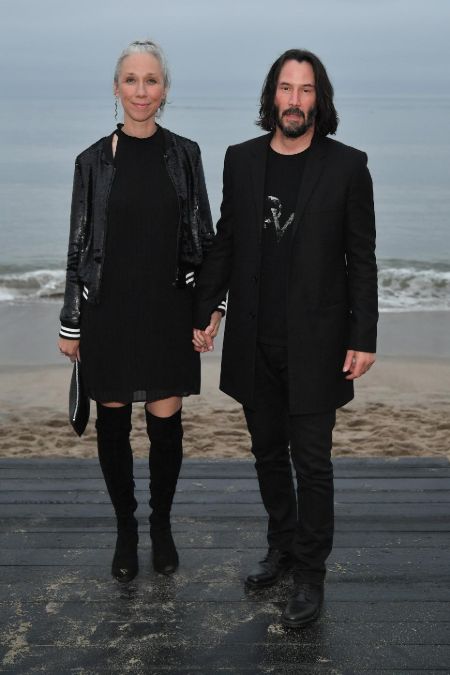 Rumors of their relationship started swirling in the wind after their public appearances; however, both of them are yet to address the rumor.

A deeper dive into the visual artist revealed that the two met in 2009, and Keanu was a muse for some of Alexandra’s works. Their collaboration yielded a friendship that has lasted over a decade. The two even collaborated on Keanu’s first book, Ode to Happiness. Grant was also the illustrator for Keanu’s second book, Shadows. The pair also started X Artists' Books in 2017, a book publishing house that publishes artists' books. More details on their relationship are to follow.

Alexandra Spent Her Childhood In New Mexico, France, And Spain

Alexandra Grant was born in Fairview Park, Ohio, in 1973. Her parents were both esteemed scholars and educational diplomats who traveled to the far recesses of the world. She has a sister, Florence Grant, who is a writer and editor.

When her parents divorced, Alexandra’s mother got custody of her. She lived with her mother in New Mexico and attended a British school while there. She also attended a boarding school in St. Louis, Missouri, for a year before moving to France with her mother, where she attended the International School in Paris.

Alexandra got her Bachelor of Art (Art and History) degree from the Swarthmore College in Pennsylvania and her Master of Art (Drawing and Painting) degree from California College of the Arts in San Francisco.

Alexandra Is An Artist, Publisher, Director and Philanthropist

Alexandra’s first foray into the arts began in 2007 when her solo exhibit was displayed at the Museum of Contemporary Art in Los Angeles.

Her work involves a rigorous collaboration with artists, linguists, writers, and philosophers alike, often going on for years. She uses the text and ideas provided by such esteemed artists as writer Michael Joyce, actor Keanu Reeves, artist Channing Hansen, and philosopher Hélène Cixous and interprets them into her art. She has also collaborated with her sister, Florence, for the exhibit at The Archer School for Girls in Los Angeles, California.

Her works have been exhibited in galleries all across the country. In Los Angeles, she has been featured in the Museum of Contemporary Art, Lowell Ryan Projects, Honor Fraser Gallery, and Night Gallery.

She has also carried the exhibition in the Harris Lieberman Gallery in New York, the Contemporary Museum in Baltimore, and The Broad Museum at Michigan State University.

Apart from her career in art, she is also a professor and a mentor in art workshops across the globe. Alexandra taught at the Art Center College of Design in California from 2009 to 2011. She has also mentored at seminars at Cal State Northridge, Pacific Northwest College of Art's Distance, Syracuse University, and Ashesi University in Accra, Ghana. 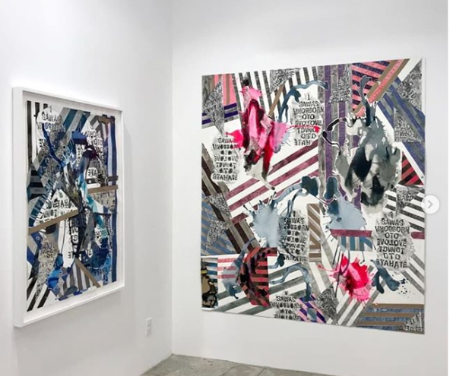 Grant has also been involved in other forms of art. She has directed a doc u mentary film titled, Taking Lena Home. She has also collaborated with Keanu Reeves in her books: Ode to Happiness, and Shadows.

Grant is also a philanthropist. She started the grantLOVE project where artists develop original artwork, sculptures, and jewelry and donate them to non-profit organizations and promote artistic projects.

Alexandra’s net worth is estimated to be about $200k. Her main source of income is her career as a visual artist. Her works are highly sought after and exhibited in galleries and museums all over the country.