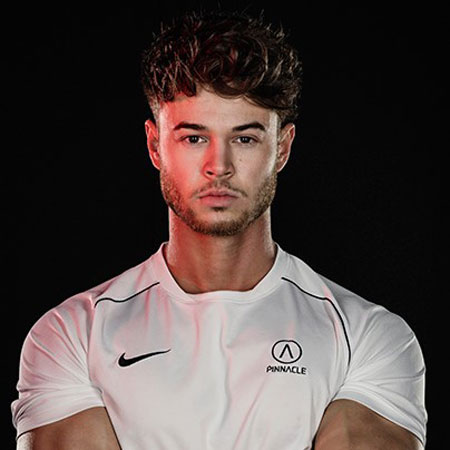 Alexander Beattie was an English reality television personality best known for his appearance on the ITV2 series, Love Island. He has more than 700,000 followers on his Alex Beattie Instagram account.

The artistic reality star was born on November 3, 1994, in England. He holds an English nationality and belongs to White American ethnicity.

From his early age, he was interested in being a model or an actor so he pursued his career as a television personality. He was seen in Love Island 2017, which was hosted by Carolina Flack on ITV2. Love Island was a popular dating show best known for its hot and heavy sex scenes.

Recently, he competed in the popular show but was eliminated just a day before the finale. In the last Friday's episode, a dramatic situation created, as fellow Islander betrayed Montana and Alex leading them to get dumped from the Love Island. The Host, Caroline Flack, announced that Montana and Alex were dumped since they got fewer public votes in comparison to the next couple.

The talented television personality started being close with Montana, a contestant on the show. But they were dumped out from the show. Montana broke into tears before saying goodbye. However, after being dumped, Montana said to Metro that she doesn't regret anything.

Montana and Alex became the third dating couple to have sex in Love Island 2017. These two have already shared a bed on a number of occasions and on Wednesday, July 6 they took their relationship to another level, by having sex.

The reality couple took the risk after Kem and Amber, and Jess and Dom first did the honors of having sex on the show. As per some online sources, Montana shared it with other girls on the show where she said, "Somebody got some last night."

Two girls, Olivia and Gabby were shocked and asked how she managed to do it without anyone realization. Only two days before, Montana revealed she wanted to have a baby with Alex after she found herself attracted towards the guy. The duo has been seen cozying up in the villa after Alex's dramatic entrance in the show.

Montana, who failed to develop a relationship with Dom Lever and Simon Searles has just found her love interest in Alex. The gorgeous lady, who was voted as the most popular girl in the Villa by its viewers has disclosed she hasn't any hesitation on having sex on the national TV.

Kem Cetinay and Amber Davies was the second couple to have sex on the show. As the other housemates slept around them, the pair went frisky underneath the cover earlier in the series.

Alex net worth has not been revealed yet but as he is a famous reality star his net worth estimated to be around $1 million.