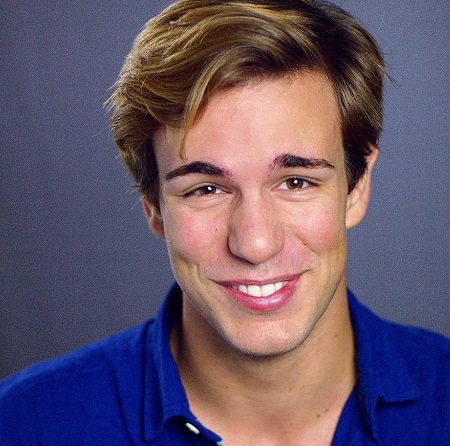 Alex Sorian Brown is a rising Spanish actor and producer who started acting and singing profession just at the age of fifteen. Besides this, he is also a singer. Recently, Alex is in the headlines for appearing in the movie Evan Wood.

Alex is a rising personality who is yet to open up about his personal life. The actor’s exact date of birth is not known; thus, his age is also missing. He was born in Spain and belongs to Spanish nationality. As the details of his parents are not revealed, his ethnicity is also not known.

Alex studied at the American Academy of Dramatic Arts and has attended both LA and NYC campuses. He was fifteen years old when he moved to Los Angeles.

Personal Life; Who Is His Girlfriend?

As mentioned above, there is little information disclosed about him. He is not linked with anyone or ever captured spending cozy time with anyone to be claimed as his possible girlfriend.

As per tabloids, the Evan Wood actor is currently single. However, some mongers argue that he might be dating his girlfriend but is keeping everything behind the curtains.

While surfing around his Instagram, he has mostly posted pictures of his professional career activities. However, he has uploaded photos with Charlotte Spencer, Rachel Thundat, Jennifer Brofer, and Tanja Omarsdottir, but nothing is suspicious. 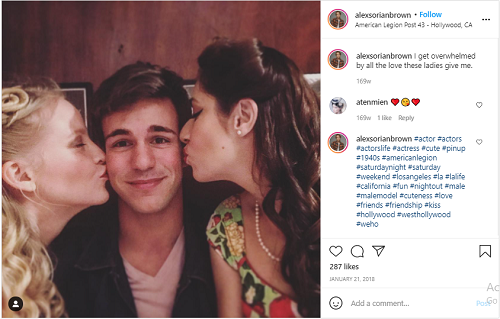 Similarly, there is no information disclosed about his past affairs and relationships.

The actor currently resides in Los Angeles but splits his time between Los Angeles, New York City, and Madrid.

Alex was always interested in performing. He grew up with a passion for performing and soon started off on the stage. During his childhood, the actor participated in almost every kind of artistic activities like dancing, singing, acting, drawing, figure skating, writing, gymnastics, and more.

Alex started his professional acting and singing career at the age of fifteen. Upon graduating, he started appearing in award-winning movies.

Alex has worked in the adventure television series 3 Caminos as Manuel. He appeared alongside Alex Gonzalez in the series.

Most recently, he appeared in Evan Wood, released in March 2021. The story is about a young writer searching for inspiration who finds that she is digging into her forgotten life after her grandmother passed away.

Talking about Alex Sorian Brown’s net worth, the exact figure of his worth is not known. However, as per tabloids, he is worth $300 thousand.