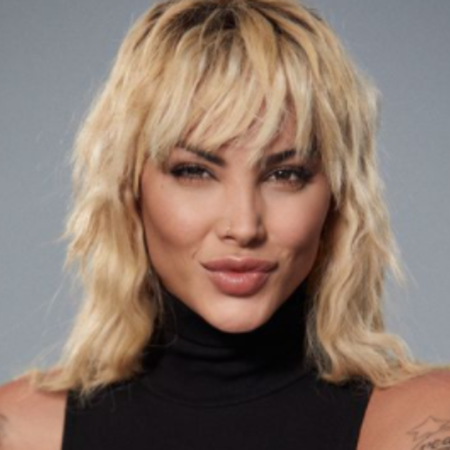 Daniela Santiago is a Spanish-born actress, dancer, and model who rose to fame for her starring role as Veneno Joven on HBO limited max series Veneno. She started her professional career as a dancer and model when she was 18 years old.

When Was Daniel Santiago Born? Her Age And Height

Daniela Santiago was born and raised in Malaga, Spain, on 1st April 1982. She holds Spanish nationality and her ethnicity is yet to be disclosed.

As of now, she is 38 years old and stands at an average height of 5 feet 8 inches or 178 cm. She has blond hair color and brown eyes.

Daniela Santiago's first acting role and the big break came in 2020 when she played a leading role of Veneno Joven in HBO's series Veneno alongside Lola Rodríguez, Isabel Torres, and Lara Martorell.

Not to mention, for her performance in the series, she also won Ondas Award for the Best female performer in national fiction. 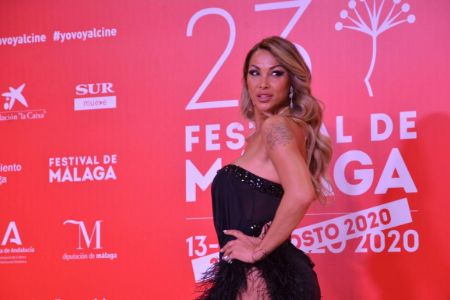 Daniela Santiago at the Festival of MALAGA SOURCE: Diario Sur

The same year, she made an appearance in the television series ByAnaMilán. She also has worked on a short-drama project, Julia.

Before her acting career, she was a dancer and model who works in some nightclubs in Madrid and Ibiza.

Daniela Santiago, 38, has an estimated net worth of $500 thousand as of February 2021. The majority of her wealth comes from her professional life as an actress, dancer, and model.

She started her career as a dancer and model at the age of 18. She got her big break after she played a leading role in the HBO's series Veneno.

Daniela Santiago is active on social media Instagram. She has more than 150 thousand followers on her account titled @danielasantiago___.

She often does the model for a global model agency, TREND MODEL MANAGEMENT. She also has won the GAY TIMES en Español Honor.

1. How Old is Daniela Santiago?

2. When was Daniela Santiago born?

Daniela Santiago was born on 1st April 1982 in Malaga, Spain.

3. What role did she play on HBO limited max series Veneno?

She played the promising role of Veneno Joven a.k.a. Cristina Ortiz, beloved transgender icon of the 1990s, on HBO's Veneno.

5. What is her nationality?

6. How tall is Daniela Santiago?

She stands at an average height of 5 feet 8 inches or 178 cm. She has blond hair color and brown eyes.

Daniela Santiago, 38, has an estimated net worth of $500 thousand, which she amassed from her career as an actress, dancer, and model.

8. Is Daniela Santiago available on any social media platform?

Daniela Santiago is active on social media Instagram, where she over 150 thousand followers on her account titled @danielasantiago___.