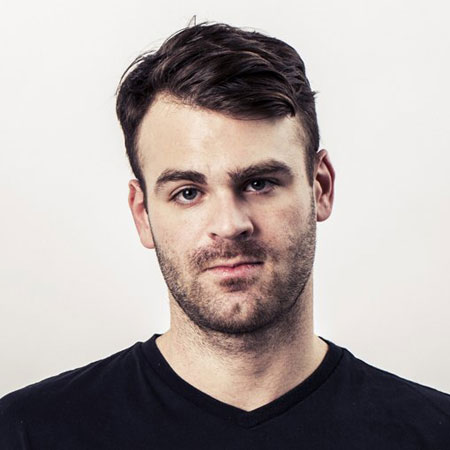 Born and raised in New York City, Alex Pall is a member of The Chainsmokers. He along with his partner, Andrew Taggart earned much of the fame from the group. They together released various popular singles and album for which they received various prestigious awards including Grammy Awards. Pall earned a good amount of net worth from the sales of their album and singles.

In 2018, he broke up with his girlfriend, Tori Woodward after dating for years. They separated after Pall cheated on her with another lady.

Alex Pall was born Alexander Pall on 16th May 1985 in New York City, New York under the birth sign Taurus. Pall is American as per nationality and is of mixed ethnicity. His housewife mother and an art dealer father raised him in Westchester County, New York.

Pall attended Master School and later earned a degree in art history and music business from the New York University.

Alex Pall, at the initial phase of his career, worked in New York to establish himself as a professional DJ. In 2012, Pall along with DJ Rhett Bixler formed The Chainsmokers.  Later, it was re-formed as an EDM DJ duo under the management of Pall’s now manager, Adam Alpert after Bixler left the group.

During the time, Pall met Andrew Taggart with the help of Alpert while Taggart was an intern at Interscope Records. In the beginning, the duo mixed songs of indie bands.

In 2012, the duo released their first single titled, Erase collaborating with Priyanka Chopra, Indian actress and singer. The following year, they released another single, The Rookie. The same year, they released their single, #Single for free which was picked by Dim Mak Records and re-released in 2014. The duo achieved their breakthrough success as it charted internationally.

In September 2014, the duo gave their first live performance at Terminal 5. After the success from #Selfie, they released ‘Kanye’ featuring sirenXX. In April 2015, they signed a recording contract with Disruptor Records, a joint venture with Sony Music Entertainment.

The duo released their first EP, Bouquet on Disruptor Records that includes songs like- New York City Until You Were Gone, Waterbed, Good Intention and Roses. In 2016, The Chainsmokers released their single, Don’t Let Me Down featuring Daya which gained millions of views on YouTube. The same year, the duo played at Ultra Music Festival where they publically denounced the current president, Donald Trump.

On 29th July 2016, The Chainsmokers released a single, Closer featuring Halsey. The song peaked number one over eleven countries including the United States and the United Kingdom. The duo later performed the track at the 2016 MTV VMAs which is considered one of the worst performances in VMA history. In October 2016, the duo ranked 18th in DJ Magazines’ list of ‘Top 100 DJs.’

On 13th January 2017, The Chainsmokers released their international single, Paris which was certified gold in Canada, and the US. The song streamed over 270 million on Spotify. The official video for Paris featuring Martha Hunt (model) gained over 110 million views on YouTube. During the time, they announced that they were working on their debut album and The Memories Do Not Open Tour that included 40 North American cities and artists like- Emily Warren and Kiiara.

The Chainsmokers signed a three-year residency deal with Wynn Nightlife in January 2017. As per their contract, they will be performing in Wynn-owned nightclubs XS Las Vegas and Encore Beach Club until 2019. During the Grammy red carpet interview, the duo announced the name of the debut album, Memories…Do Not Open which would be releasing on 7th April 2017.

In February 2017, the duo collaborated with Coldplay in the single ‘’Something Just Like This’’ which released at the 2017 Brit Awards. The single broke the record for most viewed lyrics video with over 9 million plays.

On 7th April 2017, The Chainsmokers released their most awaited debut album titled, Memories... Do Not Open. The album debuted #1 on the Billboard 200 and also certified platinum. After the success of their first album, they released the single, Sick Boy on 17th January 2018. The song currently has over 40 million views on YouTube.

The Chainsmokers was nominated for various prestigious awards. Some of the awards they won are:

Some of their 2018’s nominated awards include

Alex Pall is unmarried and has no children. Currently, he is single after a recent break up with his girlfriend, Tori Woodward. The couple started dating in February 2014 and separated on 16th January 2018 after Pall cheated on her.

Pall was captured kissing an unknown lady by CCTV at his resident. His former girlfriend posted the snaps on her Instagram writing,

They’ll look you in the eyes and tell you they love you. Then destroy you without a second thought.

Along with the snaps, she also posted several messages like,

After hours begging him for scraps of honesty I chipped away just enough to confirm that this is not the first time he’s remorsely [sic] cheated on me,” wrote Woodward. “That ‘psycho bitch’ from Vegas, the ‘lame Instagram model’ caught on video and countless others he looked me in the eyes and swore on his life he never touched. Consistent outright denial faded to him explaining that because all men do it, it’s not that bad. And in different words, that because he’s famous now, he had a different rulebook for decency.

What’s perhaps the most amazing is that he HASN’T EVEN APOLOGIZED.

Whereas Pall, long silence after splitting up spoke to TMZ,

It’ll be good to get out of the country. She deserves the best. I wish nothing but the best for her. She deserves a better guy than me.

He further added that he felt guilty and miserable after the breakup and public shaming.

Alex Pall has an estimated net worth of $12 million. The duo is also ranked third on Forbes ‘World’s Highest Paid DJ’s' in 2017 earning $38 million.

Some of the songs and album of The Chainsmokers that made a good amount of sales include:

Pall currently resides in his $2.695 million house in Laurel Canyon. He along with Taggart opened an official merchandise shop via an online website where they sell logo-ed t-shirt and hoodie type items for $37.40 to $57.40.

The duo donated $2k to the Pets For Vets Foundations, an organization that helps to provide shelter to pets. They also teamed with Cadence & Cause to provide basic educational needs to the needy one.

Here's a video of Pall talking to TMZ after his break.