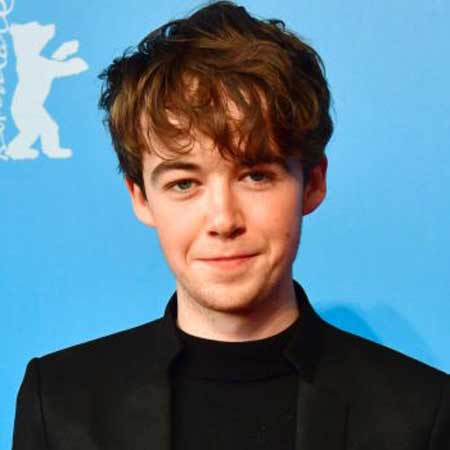 Born and raised in Petersfield Alex Lawther is popular for his portrayal of Alan Turing in a 2014 successful movie The  Imitation Game. The British actor played the title character in Benjamin Britten: Peace and Conflict. He is likewise better known for his work in X+Y, Freak Show, Black Mirror. Lawther's role as James in the TV series  The End of the F***ng World brought him more acclaim from critics.

Alex Lawther was born on May 4th, 1995, in Petersfield, Hampshire, England. He was raised up in his hometown Petersfield along with his two siblings. His older brother Cameron Lawther is a film producer, and his older sister Ellie Lawther works in public policy.

The actor is British as per nationality and regarding his ethnicity, he is Caucasian. Both his parents work as an attorney. Lawther has said that he found inspirations to become an actor as a child as he had to create own games to entertain himself.

Lawther also wrote a play including his drama club involvement at Churcher's College. As a schoolboy, he appeared as Ratty in The Wind in the Willows.

Alex Lawther made his professional debut appearing as John Blakemore in David Hare's South Downs at Chichester Festival Theatre, in 2011.  He then played the character Young Alan Turning in the Academy Award-winning film The Imitation Game in 2014. He shared the screen alongside Benedict Cumberbatch, Keira Knightley, and Matthew Goode.

His portrayal as Young Alan in the movie, won him two London Film Critics' Circle Award under the category of Young British Performer of the Year, in 2015. The same year, he played a supporting role in the critically acclaimed coming-of-age drama film X+Y.

The following year, Lawther appeared in the British film, Departure playing the lead role Elliot alongside Juliet Stevenson.  He gained further acclaim and recognition for his brilliant performance in Black Mirror, in 2016. After a year, he played James in the dark comedy-drama TV series The End of the F***ng World featuring Jessica Barden, and Gemma Whelan.

Alex has earned a good amount of money from his acting career which is believed to be over $0.9 million, according to various online sources. He also played the role Young Alan Turing in the movie The Imitation Game which turned out to be commercially successful as it grossed more than $233 million worldwide against a $14 million production budget.

Alex Lawther is not married yet and is also not dating anyone at present. His onscreen matchup with The End of the F***ing World co-star, Jessy Barden, grabbed the media attention and people also started speculating regarding their chemistry. But, looks like they are just friends.