Sophie Dymoke's Life with her Partner Matthew Goode. Did they get secretly married? 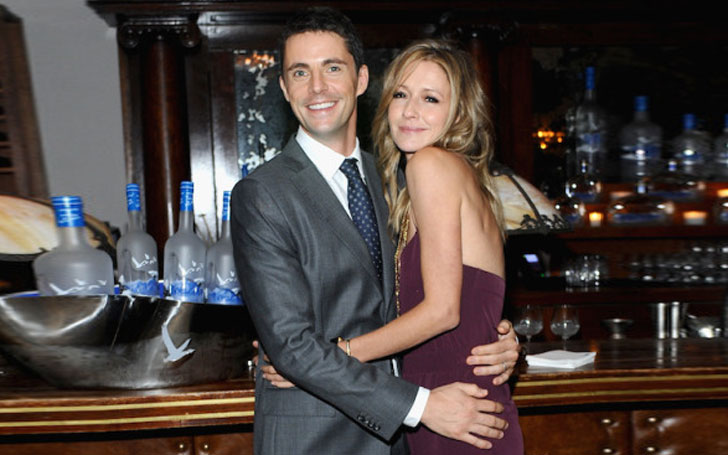 Sophie Dymoke and Matthew William Goode are taking their sweet time getting married. The couple reportedly started dating in 2007. They are now living together and have three children together. So, why aren't they married?

Why are Sophie Dymoke and Matthew William Goode not married? Or did they marry secretly?

Sophie has been in a relationship with Matthew Goode since 2007. Her boyfriend Matthew Goode is an English actor known for historical drama thriller film, The Imitation Game Directed by Morten Tyldum. Sophie and Matthew are not married yet but are in a living-together relationship. They are also often spotted displaying their affection in public. The couple looks like they are pretty perfect. In an interview with Elle, Sophie’s boyfriend/live-in partner Matthew  Goode said that he loves the holidays where he can just spend time with his children. Everything seems pretty perfect, so why not get married?

Well, even though the couple hasn't come out and said anything about it, there are various factors that could have affected it. For starters, Matthew's acting is just getting mainstream recognition, and many actors tend to not succeed professionally after marriage.

Also, it could be their busy schedule or the fact that marriages don't seem to last long when it comes to celebrities, maybe it's just too much pressure.

Even though Wikipedia says Matthew Goode is now married, there isn't any substantial proof. Maybe the couple wanted to avoid the pressure and got married secretly. We'll have to wait and see.

The couple welcomed their third child, a son, in August 2015 and named him Ralph Goode. Sophie currently lives with Matthew Goode and children in England.

Meanwhile, his onscreen sexual flexibility has courted some speculation about his sexual orientation. It's definitely just for fun though! He'd make a great gay actor though!

The couple reportedly bonds over wine, raising three children close to each other's age can make anyone want a glass of wine! Sophie and Matthew arrive at the Orange British Academy Film Awards held at The Royal Opera House on February 21, 2010

Matthew Goode loves his father's expertise on wine and hopes to be able to pass that on to his children.

The couple seems to be doing a great work of keeping their personal life classy and private.

Who Is Matthew Goode?

He was born on 3 April 1978, in Exeter, Devon, England. His father Anthony Goode was a geologist while his mother Jennifer Goode is a nurse. He has four siblings, including two brothers and a half-sister.

He attended an independent school, Exeter School and then graduated from the University of Birmingham, followed by London Webber Douglas Academy of Dramatic Art.