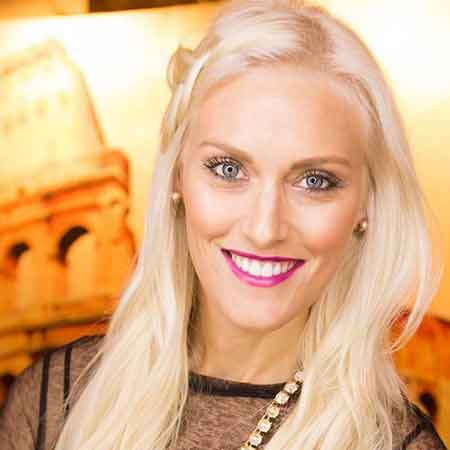 Alex Hirschi aka Supercar Blondie is one of the influential women in the world. She is a media personality and a YouTuber best known for her car blogs. She posts several videos and pictures on her social media about the luxury car brands where she test and reviews the products. She is married to Nik Hirschi who gifted her a Ferrari in 2018. The video went viral and gained millions of views.

Alex Hirschi was born Alexandra Mary Hirschi on September 21, 1985, in Brisbane, Queensland under the birth sign Virgo. Her parents raised her in Australia.

Hirschi graduated from the Queensland University of Technology where she studied Journalism & Business.

Hirschi belongs to American nationality and her ethnicity is White.

Alex Hirschi moved to Dubai in 2008 after her marriage. Initially, Hirschi worked as a host on a talk radio show on Dubai Eye 108.8 until April 2017 where she interviewed several celebrities including Jake Gyllenhaal, John Travolta, and Liam Neeson.

From the radio show, Hirschi got to establish a relationship with Bentley, a British manufacturer of luxury cars. Later, Bently gave her a Flying Spur for a weekend after which she discovered her interest in cars. At first, she posted several unique contents about cars on her social media. After some months, she started her YouTube career.

I love all 1 million of you! THANK YOU SO MUCH for choosing to spend your time with me every day.

In 2015, Hirschi started her YouTube career by creating a channel, Supercar Blondie where she posts several videos related to cars. On 22nd November 2015, she posted a video, My Bentley ride with the Emirati Comedian - BinBaz!! which gained over 260k views.

One of her most viewed videos was, The most expensive car in the world! with over 1.5 million views which she posted on November 30, 2016. As of 2018, her YouTube channel has over 189k subscribers.

Alex Hirschi's Net Worth And Wiki

As per several online sources, Alex Hirschi has an estimated net worth of $1 million as of 2019. She is earning a huge amount from her social media. She earns $210 to $3.4k monthly and $2.5k to $40.3k yearly from her YouTube channel.

According to the source, an Instagrammer with followers between 50k to 200k can make thousand dollars per post. As of 2019, Hirschi has over 3.2 million followers so we can say she makes more than $1000 per month.

Alex Hirschi is married to her boyfriend turned husband, Nik Hirschi after dating for months. After the marriage, the husband and wife moved to Dubai and since then they are residing in Dubai, United Arab Emirates. The couple is together for years but has no children yet. Further information about her married life and dating history is yet to be revealed.

Check out the video:

The video shows that her husband gifted her a shiny red Ferrari 488 Spider full of roses and balloons.

Besides, her facebook page is claimed to be one of the fastest growing Auto Page according to Socialbakers in 2018. She is also listed as the 50 most influential women in The Arab World by Arabian Business.