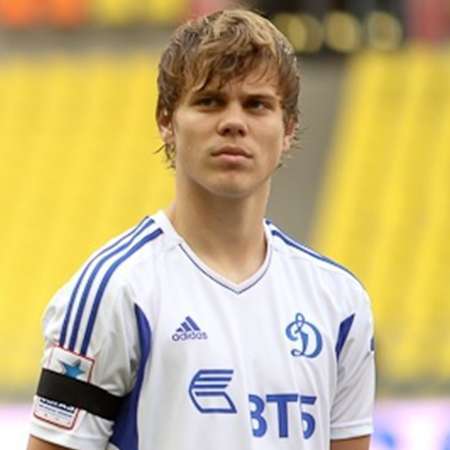 Aleksandr Kokorin is a professional footballer from Russia. He was born in 19th of March in the year of 1991.He was born in Valuyuki of Soviet Union. His full name is Aleksandr Aleksandrovich Kokorin. He started playing football from his very child age. Due to his hard work and dedication he has proved himself to be the future of Russian Football. His Current Team is Dynamo Moscow. His Parents supported him in his career too. He is currently playing as Forward and Midfielder from his club. Apart from his club he is also one of the important and regular squad member of the National Football team as Russian Player.

He is one of the players to have made debut in the senior team in his very early age. He made his early debut in the career of football from the Senior FC Dynamo Moscow team in the y ear of 2008 .In his very first game from the Moscow eh made a stunning equalizer to become the youngest player to ever score a goal for the club Dynamo .He was around 17 years and 199 days when he made this goal. His team won the game. He also made an important winning goal in the UEFA Championship League in Glasgow. He was listed as the number one Left Striker out of 33 players who were listed as the bests in 2012/13.After playing for Dynamo for few years she got transferred to Anzhi Makhachkala in 4th June in 2013.He was paid around 19 million Euro for the transfer. Later in 2013 on 6th of August the whole squad was up for sale which included him as well. He again got transferred to his original club Dynamo although the new transfer few was not disclosed .Apart from his career as in clubs he was also a part o Russian Under 21 team. On 2011 he participated in the 2011 European Under-21 Championship Qualification. Later at the end of 2011 he was called for his national football team as a trial session and he made his national debut playing against Greece. Apart from that he was also played 2 games in UEFA Euro 2012 but unfortunately Russia failed to pass through the group stages. Lately he scored an important and winning goal against Israel in 2014 FIFA World Cup Qualifier which also happened to be his first ever goal for national team. Currently he is also included in the national team for 2014 FIFA World Cup Squad.

He is still too young to get married .But still his affairs and relationships gossips are not as much as hot issues as his football games are. He is mostly captured playing training sessions for his team in the ground. His height is 1.83 m and his Weight is 77 kg. His images are popular among fans.

Out of 153 games he has scored around 35 goals .He has scored 4 of the international goals out of which three were scored in FIFA World Cup Qualification .His annual Salary is 2.5 million Euros.