Alberta Dornan is a star kid who has always been in the limelight since her birth. Among the world, she is the youngest child of Jamie Dorman and his wife Amelia Warner.

When Is Alberta Dornan's Birthday?

Alberta Dornan was born on March 31, 2019, in London, England. She is English by nationality, whereas, her ethnicity is mixed. As of March 2022, she is 3 years old & comes of Irish, British, Swedish, and Welsh descent.

Alberta is the youngest daughter of Jamie Dornan and Amelia Warner. Her father, Jamie is a British actor, model, and musician. Similarly, her mother, Amelia is an English musician, composer, and former actress as well.

The adorable star kid is currently enjoying her childhood with her two siblings. Dorman is the youngest of three; her sisters are Dulcie (born in 2013) and Elva (born in 2016).

Career Highlights: Why Is She Known For?

The youngest Dornan is famous only because of her celebrity parents. Since her birth, she is in the spotlight as the youngest daughter of Jamie Dornan and Amelia Warner.

Talking about Alberta's parents career, her father, Jamie is an actor, model, and musician. He has been contributing to the entertainment industry since 2001. Starting his professional journey as a model, he has so far appeared in campaigns for Calvin Klein, Hugo Boss, and Dior Homme.

The actor in his late 30s is internationally famous as Sheriff Graham Humbert in the series Once Upon a Time (2011-2013). Likewise, his other notable acting credits include The Fall, Marie Antoinette, The Siege of Jadotville, Fifty Shades franchise, Anthropoid, A Private War, and Belfast. 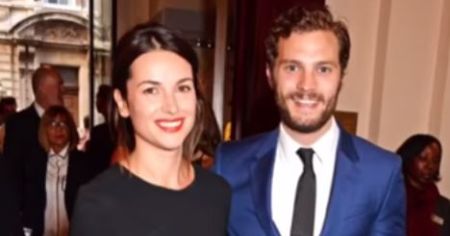 On the other hand, the star kid's mother, Warner is a musician, composer, and former actress who turned professional in 1999. Initially, she began her acting career as a member of the Royal Court's youth theatre group. Some of her credits as an actress are Waking the Dead, Nine Lives, Æon Flux, Stoned, The Seeker: The Dark Is Rising, and The Echo.

As a musician, the former actress has released an album, Renditions and singles like Beasts, Please, Please, Please, Let Me Get What I Want, and Lockdown Kittens Dancing. Furthermore, she has served as a composer in several movies including Mam, Mary Shelley, Wild Mountain Thyme, and Mr. Malcolm's List.

There is no doubt, Alberta Dornan lives a lavish lifestyle with the earnings of her star parents. She has been enjoying the multi-million wealth of her parents.

As per the report, her celebrity parents' combined fortune is $17 million in January 2022. According to Celebrity Net Worth, her actor dad's net worth is $14 million, whereas, her musician mom owns $3 million wealth.

Personal Life: How Did Her Parents Meet?

Alberta is currently too small to get involved in any kinds of relationship. As of January 2022, she is under the custory of her parents. She lives a blissful life with her mother, father, and sisters.

Alberta Dornan got into the limelight since her birth, courtesy of being the star kid- the youngest child of Jamie Dorman and his wife Amelia Warner. 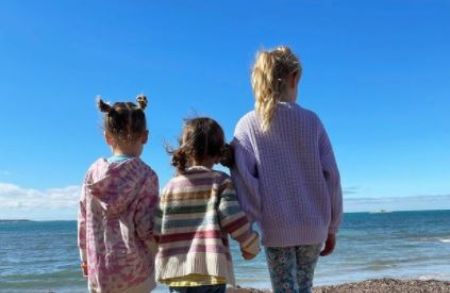 Her parents Dornan and Warner met for the first time in 2010. Eventually, they started dating and engaged in 2012. Finally, the couple exchanged wedding vows on April 27, 2013. Since then, the pair are leading an ecstatic life with their three children.