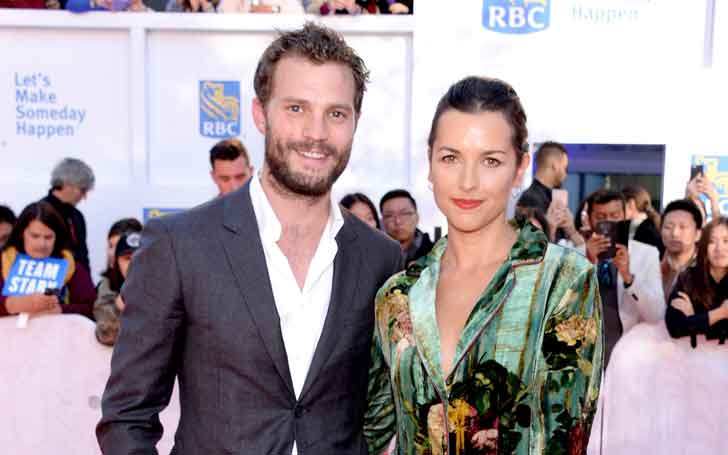 The Fifty Shades Freed actor Jamie Dornan and his wife Amelia Warner gave birth to their third child, a baby girl together. Actress Warner confirmed their daughter's birth on Sunday, 31st March through an Instagram post.

The proud mother announced the good news celebrating Mother's Day in the UK where she wrote "So proud of these three glorious girls" alongside her social media post.

So proud of these three glorious girls, it’s an honour being their mummy..feeling incredibly lucky today #happymothersday

The couple has already given birth to two children; Elva, 3, and Dulcie, 5. Back in October 2018, actor Dornan's representative confirmed that the lovebirds were expecting their third baby together. Later that month, Dornan told Jimmy Kimmel that the couple was not thinking to have any more kids. He jokingly said,

Part of me feels like [I need] to put a cork in it after this. But then, alternatively, I feel like we make really great kids. Maybe we’ll just — if my wife’s willing — do it until we can’t do it anymore. It’s all up to her. I do the fun bit.

The adorable lovebirds have been married since 2013 and are living a happy married life ever since. Moreover, Dornan revealed he and his wife Dornan only had one fight since their wedding.

Actress Warner was also married previously. She was in a short time married relationship with Colin Farrell whom she married in a non-legal ceremony in 2002. Just four months later they tied the knot, the couple annulled their marriage.