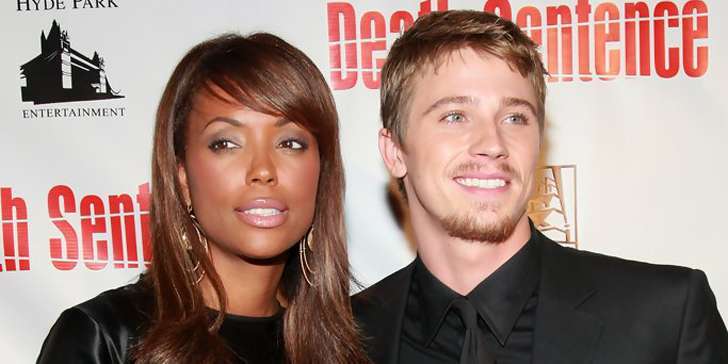 Aisha divorced her ex-husband Jeff Tietjens in 2017. After divorcing him is she dating anyone? We have some exclusive details here!!

The Archer actress ended 23 years long married life with her ex-husband Jeff Tietjens in 2017. The couple separated in 2015 and finalized their divorce in May 2017. After finalizing their divorce, Tyler sat with ET News and said,

I don't think we failed. I think we did it exactly right, noting they were calling it quits in "the kindest way possible. He's a wonderful person. He's been my best friend for almost my entire life. I'll always, always love him.

Tyler added that her husband helped her to pursue her career in her struggling days and she met him when she was a teenager. The couple is apart now but she is still paying him $31250 per month in spousal support for the next 4 years. The court also ordered her to pay his annual $500,000 life insurance policy until the end of 2020.

They sold their Los Angeles house for $2 million in the summer of 2017. The couple bought the 2,507 square feet property back in 2002. It has three-bedroom and 2.5 bathrooms.

The news is confirmed that Aisha Tyler, the 45-year-old Talk co-host is getting a divorce from her husband Jeff Tietjens after 23 long years of marriage. Apparently, it has Tietjens who filed divorce documents in Los Angeles Superior Court, citing irreconcilable differences, from wife Tyler.

Tietjens who is also an attorney is said to be seeking spousal support from Aisha at, this time, he indicated in the court papers that he is reserving the right to do so later.

To everyone's surprise, Aisha Tyler and her husband have been separated since January 2015. Tyler has been quite open and has always talked about her best friend relationship with Jeff, who actually was her college sweetheart.

Aisha and Jeff met at Dartmouth College in Hanover, New Hampshire, and married in May 1994. Despite the divorce, they both are inclined towards staying good friends. Their married life was an ideal one. Their marriage photo can also be found on the internet.

Tyler does not talk much about her marital status on the show The Talk. In fact, many fans were shocked by the revelation of the news that her seemingly strong marriage is actually ending.

However, Tyler did make a few revelations on her showing talking about her infertility problems, and that she should now stop trying to have children. She broke down on The Talk as she opened up about a two-year fertility struggle that she and Tietjens went through.

Aisha also revealed at last that they both finally decided “it wasn’t worth it,” and they should stop trying. Aisha also revealed that she had spent thousands of dollars on IVF and hormone shots, only to her disappointment after being told by her doctor that it didn’t look like she would ever be able to conceive. Still, Tyler seemed to have made peace with her decision to stop trying to have a baby.

The divorce might have ended pretty surprisingly to all but it looks like the couple was ready for it. The reason for the split may or may not be their fertility affair but it sure has affected their relationship in some way.

Following their divorce, TV host Tyler is reportedly dating actress Emily Bett Rickards. The two often share romantic pictures on their Instagram account. Rickards has worked in a number of movies and TV shows, especially her longest TV role since 2012 in the acclaimed series Arrow brought her immense popularity.

Aisha is a lesbian who is also a vocal advocate for the rights of the LGBTQ community.

On the other side, the California-based attorney Tietjens is still single and is enjoying the single life as of 2020.