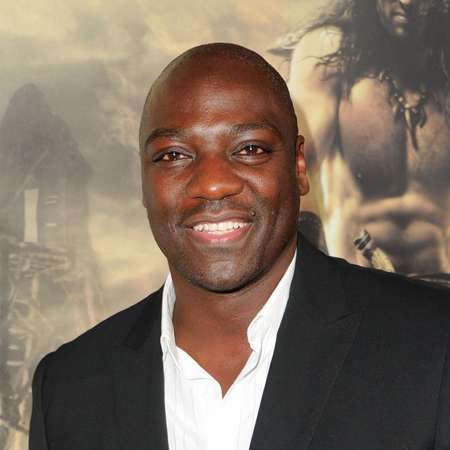 Adewale Akinnuoye-Agbaje was born on 22 August 1967 in Islington, England to Nigerian parents both of whom studied in the UK. Adewale was given up by his biological parents when he was six weeks old to a white family in Tilbury. His foster parents had around ten African children. When he was eight years old, Adewale’s biological parents brought him back to Nigeria. He was unable to speak the Yoruba language and forbidden to speak English by his parents so he was returned to Tilbury.

By the age of 16, Adewale was a thief and was sent to a boarding school. Later he went on to study and receives a Law degree from King’s College, London. He also got a Masters in Law from the University of London. He began working in a clothing store and thus entered modeling thereafter.

Adewale’s career in acting began in 1995 in the film, Congo. He then began appearing in Delta of Venus, Ace Ventura: When Nature Calls, The Deadly Voyage, Legionnaire, Enslavement: The True Story of Fanny Kemble. He is noted mostly for his performance as Lock Nah in the 2001 movie The Mummy Returns. He has been seen in The Bourne Identity, Unstoppable, The Mistress of Spices, Get Rich or Die Tryin’, GI Joe: The Rise of Cobra, Faster, Killer Elite, The Thing, Best Laid Plans, and Bullet to the Head. He is known mostly as the character Algrim the Strong/Kurse in Thor: The Dark World, like Dave Duerson in Concussion. In 2015 he has played in Trumbo as character Virgil Brooks. He will soon be seen in 2016’s Suicide Squad as character Waylon Jones/ Killer Croc. Adewale has also starred in many TV series such as Oz as character Simon Adebisi, Lost as Mr. Eko, Monk as character Samuel Waingaya, Hunted. He has also voiced as Mr. Lazer in the 2015’s Mr. Lazer.

He appeared as Frank Majors in American Odyssey.

Agbaje is adored and respected for his exceptional acting. He has won a Screen actor Guild Award for Outstanding Performance by an Ensemble in a Drama Series

Adewale Akinnuoye Agbaje has collected a large amount of money from his work in both movies and TV series. He has an estimated net worth of around $3 million, in 2019.

Adewale Akinnuoye Agbaje is dating someone secretly. But the actor is not married yet.

Agbaje has not a long dating history. In fact, he has not talked about his relationship status in front of the media. He has never married till date and does not have any children. He has not been dating anyone.

Adewale is currently 51 years old and stands tall at a height of 6 feet 2 inches. More information about the handsome and talented Adewale Akinnuoye-Agbaje can be found on various social media sites like Wiki, Twitter, and IMDb.