Adela Noriega, a Mexican retired actress actively worked in the film industry from 1983 to 2008 and records 18 acting credits. As a child, Noriega worked as a fashion model and in TV commercials before landing into an on-screen career. The TVyNovelas Award-winning actress got wide fame as the lead cast in the TV series Quinceañera (1987-88) and Yesenia (1987).

Adela Amalia Noriega Méndez was born October 24, 1969, in Mexico City, Distrito Federal, Mexico. She holds Mexican nationality. Noreiga is the middle child of 3 parents; has an older sister Reyna and a younger brother Alejandro. During her adolescence. Adel's father died while her mother died of cancer in 1995.

Noriega was discovered as a child at the age of 12 while scouting in a shopping center. Shortly after, she earned modeling gigs as a fashion model and even more, appeared in TV commercials and music videos. By her teenage, then-14 years old Adela got notable TV attention with her work in the telenovela Principessa (1984) and then guest-starred in Juana Iris (1985).

In 1986, the Mexican actress got her career breakthrough with the title role in the historical telenovela Yesenia (25 episodes). From 1987 to 1988, Adela Noriega portrayed Maricruz Fernández Sarcoser in Quinceañera that earned her TVyNovelas Award resulting in further TV recognition. It co-starred Thalía, Blanca Sánchez, and Jorge Lavat in the main roles.

Soon the TV achievement showered her offers in other TV works as well.

Noreiga then played Lucero Sandoval in the TV series Sweet Challenge (1988- 89, 105 episodes) alongside Eduardo Yáñez and Enrique Lizalde. After that, she went on an on-screen hiatus for 4 years before her return as the title character in Guadalupe in 1993; there she worked in 209 episodes until 1994. 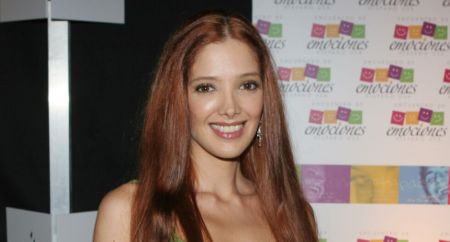 CAPTION: Adela Noreiga turned professional in 1983 and worked until 2008; got career breakthrough from Yesenia (1986) SOURCE: Archyde

Shortly after working in The Spring (2001-2002), the Mexico City native was cast in the main role Matilde Peñalver in Real Love (2003, 95 episodes). In 2005, she portrayed Virginia Alfaro in the TV series La esposa virgen (2005) alongside Lilia Aragón, Jorge Salinas, and Sergio Sendel.

Adela shared the screen with the likes of Jorge Salinas, Eduardo Yáñez, and Nora Salinas in the 2008 action-drama TV series Fuego en la sangre (206 episodes) and retired from acting thereafter.

Online sources estimate that Adela Noriega has a net worth of $6 million in January 2021. Professional from 1983 to 2008, Noreiga records 18 acting credits. Even though she never disclosed any of her earnings from her TV career, the actress allegedly pocketed tens of thousand dollars per episode.

Despite being in such limelight, the Mexican actress barely enlightened any hint on her relationship update throughout these years. No official report on her married life or husband ever came up. Moreover, she has kept her dating story low-key or has any ex-boyfriends in the past. On top of that, she never claimed herself single too- such mastery in privacy.

While some sources argue she could possibly have a secret relationship, no substantial proof about it ever came forth.

Adela Noreiga is active on Instagram with the handle @adelanoriega has over 69.1K followers.