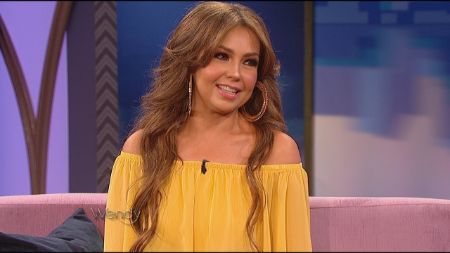 Ariadna Thalía Sodi Miranda who is famous as Thalía is a Mexican actress, singer,  songwriter, producer as well as an entrepreneur who is successful and influential worldwide. With her talent, she has grabbed lots of awards and recognition. 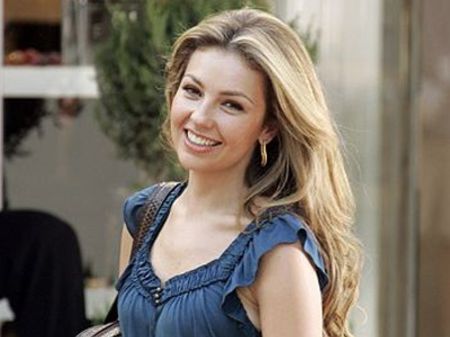 At the age of 4, she was sent to the National Conservatory of Music of Mexico to learn piano and dancing after her mother noticed her interest in music and arts.

When she was six, she lost her father due to prolonged sickness. After the death of her father, she was traumatized very baldy as it took her several years to recover.

She also joined the University of California to learn acting, dancing, and music.

Thalía made her on-screen appearance when she was just a year old. Her first work was on the commercial of a famous Mexican brand. She started her career in 1981 in music filed as a  part of the music group, Pac Man. They participated in the show called Let’s Play While Singing. Later on, the name of the band was changed to Din-Din.

The Din-Din band released around four albums and also performed at many events and also toured in and around Mexico. However, the band was disbanded.

Follwoing the disbanding, she went solo with her musical career. In 1986, she joined children’s band, Timbiriche. The group has recorded five-album to this date where she has four credits. In 1989, she quit the band.

In 1990, she returned to her home country and started her solo singing career and released her debut solo album, Thalía. Prior to this, she released various albums which includes: Mundo de Cristal, Love, and Piel Morena.

Apart from her singing career, she has also some acting credits such as María Mercedes, Marimar, María la del Barrio. She is also a business personality who has ventured into fashion. She also owns an eyewear line, Thalía Eyewear Collection. She also has chocolate and candy brand.

The multi-talent actress, Thalía, has a net worth of $60 million. Similarly, she has also shared $400 million worth with her husband, Tommy Mottola. So, the combined net worth of the couple is $460 million.

The couple bought an undeveloped 6-acre parcel of land for $2.85 million in the year 2010 which is located in Greenwich, Connecticut. Over there, they designed a house with 9-bedroom. The house-made on 12,300 square foot features a footbridge to get to a small private island.

The 47 years old, Thalía is in a marital relationship with the music executive husband Tommy Mottola. The couple exchanged the wedding vows on December 2, 2000, at St. Patrick’s Cathedral in New York City.

Together the couple has two children: Sabrina Sakaë(daughter) born in October 2007 and Matthew Alejandro(son) born in June 2011.

Prior to marriage, she has gone through a few relationships. Firstly, in 1994, she was romantically linked with Fernando Colunga, which lasted till 1996. She has also been in dating relationships with  Jamie Camil, Alejandro Ibarra and Mario Vasquez for a brief period.

In 2018, she suffered from commonly transmitted, Lyme disease and was bed-ridden for a few months.

Age, Body Measurements, And Other facts