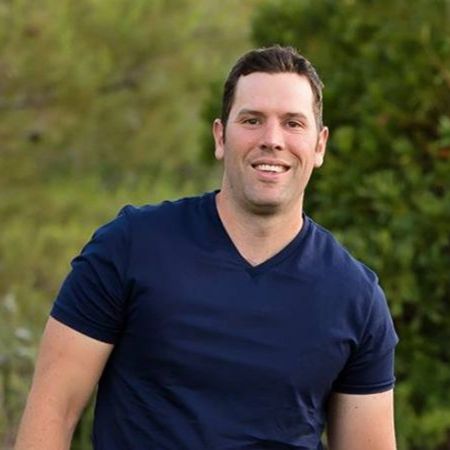 Adam Bilzerian is an American-born Nevisian professional poker player. He is the son of corporate takeover specialist Paul Bilzerian and the younger brother of poker player/social media personality Dan Bilzerian.

How Old Is Adam Bilzerian? Who Are His Parents?

Adam J. Bilzerian was born in Miami, Florida, in 1983, to Paul Bilzerian and Terri Steffen. He is around 37-38 years old at the time of this writing. Paul Bilzerian is a businessman and corporate takeover specialist who spent 13 months in prison in the 1980s for corporate felony and spent the next three decades pleading his innocence.

Adam attended Gaither High School in nearby Northdale, Florida, and holds a Bachelor of Arts degree from  Vanderbilt University in Nashville, Tennessee. 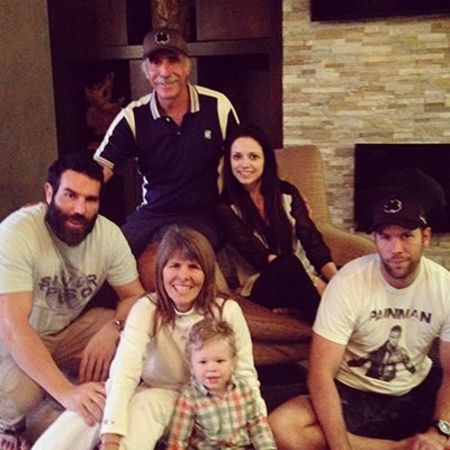 Adam Bilzerian has an older brother, Daniel Brandon Bilzerian (born on December 7, 1980), known famously as Dan Bilzerian. Dan Bilzerian is a poker player who went on to become a social media sensation through his lavish lifestyle.

What is Adam Bilzerian Known For?

Adam Bilzerian is also a poker player like his older brother. He placed 47th in the 2009 World Series of Poker and took home the prize money of $138,568. He also participated the following year in the 2010 World Series of Poker. Adam has also played poker privately and most notably played with Jennifer Lopez's fiance, Alex Rodriguez, at the Bellagio in Las Vegas.

Adam published his autobiographical memoir in 2010 called "America: Love It Or Leave It — So I left."

Who Is Adam Bilzerian's Wife? Does He Have Children?

Adam Bilzerian is married to his wife Audrey Bilzerian. They have two children together: sons Everett Bilzerian and Ares Bilzerian. 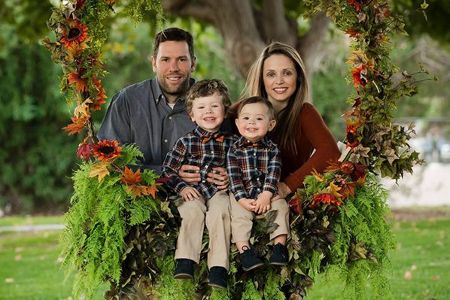 Adam Bilzerian with his wife Audrey and their two sons SOURCE: Pinterest

Adam lives at his home in Saint Kitts and Nevis with his family.

How Much is Adam Bilzerian Worth?

While it is fairly well-doc u mented that Dan Bilzerian has a net worth of $200 million, Adam Bilzerian's net worth has not been disclosed as of yet. Nonetheless, he is believed to have a seven-figure net worth.