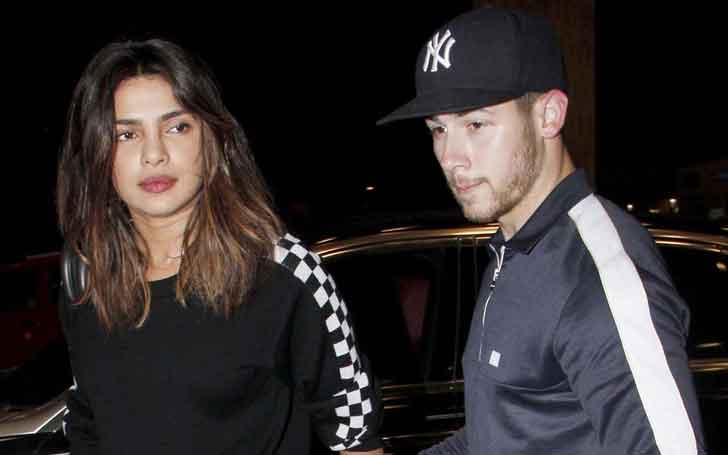 The new lovebirds were spotted walking hand-in-hand in London Monday night joined by Joe and his fiancee  Turner. The four had a double date at a 34 Restaurant in Mayfair, London. 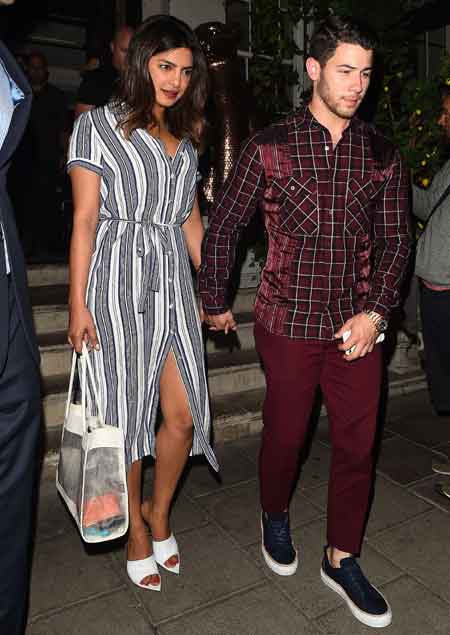 CAPTION: Actress Priyanka Chopra and Nick Jonas went for a night out in London SOURCE: People

The celebration is speculated to be the pre-birthday celebration of Priyanka Chopra who turns 36 on Wednesday, 18th July. Chopra wore a grey and white striped dress while her boyfriend, Jonas, 25 opted for a plaid burgundy shirt and color-coordinated pants.

Meanwhile, Joe, 28, was dressed in a black and white patterned shirt and Turner, 22 chose a yellow crop top and jeans. People reported that Nick and Joe's older brother Kevin Jonas also joined them in the night out. 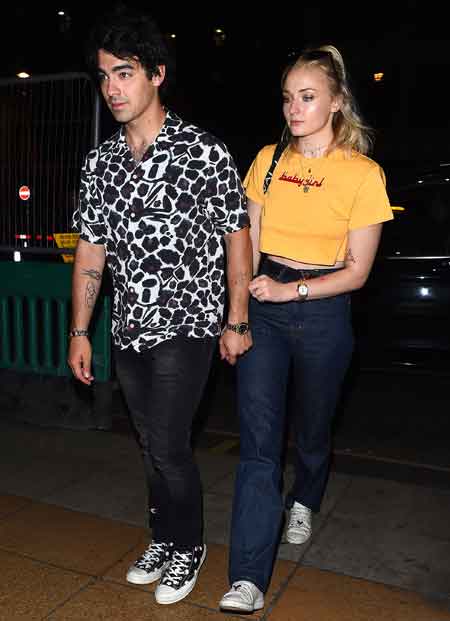 Though they aren't engaged yet, they might be looking for a suitable time any soon as they have already met each other's parents. Jonas introduced Chopra to his family at his cousin Rachel Tamburelli's wedding in New Jersey on 9th June. 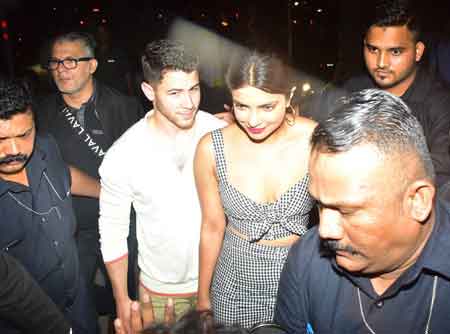 We're getting to know each other and I think it was a great experience for him. I think he really enjoyed it. It was really beautiful. He had a great time.

It seems Nick has a good surprise for his girl for her 36th birthday. Happy birthday in advance Priyanka!