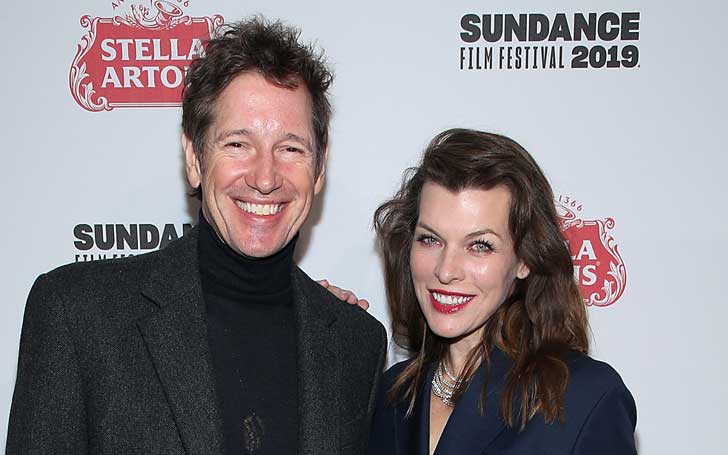 Actress Milla Jovovich is pregnant with her third child. The 43-year-old The Fifth Element actress and her husband Paul W.S. Anderson are expecting their third child months after revealing her emergency abortion.

The mother-to-be announced the happy news on Wednesday, 7th August on Instagram, where she also revealed her growing baby bump. In her post, Jovovich told the couple learned about their pregnancy 13 weeks before, however, they took time to share the news due to their past experience. Here is the post.

Knocked up again.🤫 After I found out I was pregnant 13 weeks ago, I had a mixture of feelings ranging between complete joy and utter terror. Because of my age and losing the last pregnancy I didn’t want to get attached to this potential baby too quickly. That was obviously not fun and the last few months have been my family and I living on pins and needles waiting for a slew of different test results to come in and spending most of our time in doctors offices. Thank goodness we’re in the clear AND we found out that we’ve been blessed with another girl!😆😂🥰 Anyway, wish me and my baby luck! I send you all a lot of love and I’ll keep you posted on my progression! Xoxo m❤️

The proud mother of two, Jovovich revealed the lovebirds are expecting a baby girl together. She went on saying she is now in the safe zone.

Back in May 2019, Jovovich revealed she had to undergo an emergency abortion two years ago when she was halfway through her pregnancy. She shared the news in a lengthy Instagram post. At that time, she was shooting a movie in Eastern Europe, and she needed an abortion after she went into preterm labor.