Actress Maria Menounos has net worth of around $7 million. Know about her house in California 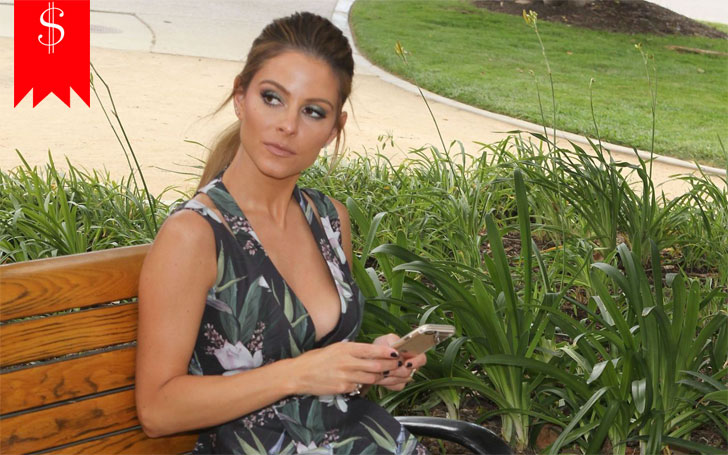 Maria Menounos is a woman of many talents. She is an American Journalist, actress, TV host and a professional wrestler as well. She is of Greek descent. Thanks to her many professional choices she is said to have a whopping net worth of about $7million.

Her lavish home in California has been the item of envy of many. Maria is mostly known in the US as a Television correspondent for Acess Hollywood, Today and Extra. Out of the USA she is known for her co-hosting of Eurovision Song Contest 2006 that took place in Athens, Greece.

A home in California is not an easy buy and a home like that of Maria's definitely costs a lot of money. Given that her net worth is $7 million and she is connected to various professions, Maria had the money and she bought a home to match her status.

Journalist/actress Maria Menounos bought a 4,126 square foot home in California in September of 2005. The home is built in Colonial style estate and is situated in Encino, California. The house was built in 1938.

It has been renovated and redecorated over time and now has 5 bedrooms, 6 bathrooms, a swimming pool as well as a spa, tennis court and a 3 car garage. Maria is said to have paid $2,305,000 for the home.

Maria posing with a Jet ski

She worked as a correspondent for Entertainment Tonight and Acess Hollywood. She also got the opportunity to host few episodes of the Today Show. She has appeared in many movies, video games, music videos, TV series, TV shows, TV commercials and Talen shows as a host.

From 2009 she started her professional wrestling career. She has since then won many games and still wrestles professionally from time to time.

Menounos dated producer and director Keven Undergaro from April of 1998.Undergaro finally proposed to Maria on 9th March 2016 live during The Howard Stern Show, Maria accepted the proposal.There is no news about their marriage, we hope 2017 is the year for this couple. They own AfterBuzz TV which is an entertainment network, Maria is the executive producer there.