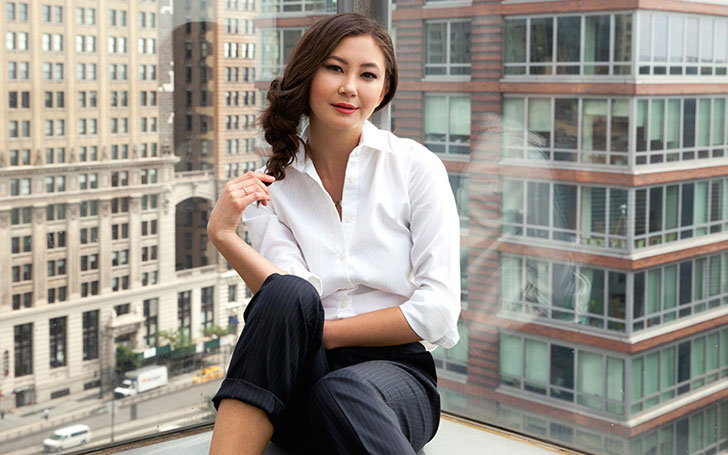 Kimiko Glenn and her boyfriend of three years actor Sean Grandillo are head over heels for each other. They have been together since 2015.

Actress Kimiko Glenn is dating actor Sean Grandillo at present. Glenn and Grandillo are together since the valentine day of 2015.

The couple is celebrating three years of their togetherness. On her recent post, the 28-year-old Orange Is the New Black star took to Instagram to wish her boyfriend. 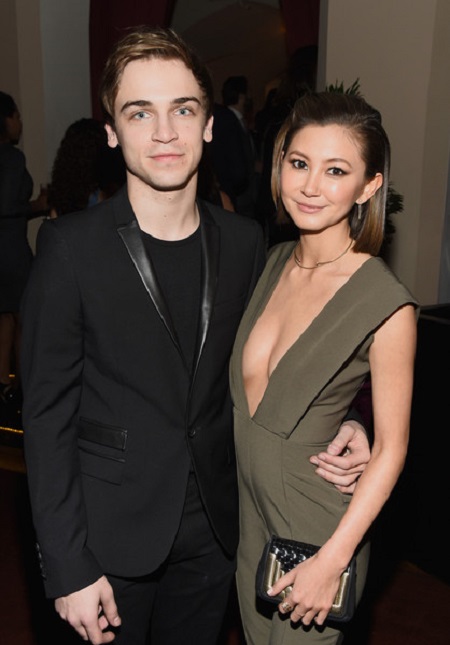 If we go to their respective Instagram accounts, we can say that Glenn and her actor beau are madly in love with each other as they usually share pictures of their romantic dates.

They usually appear together in red carpet events and other events. Recently, the couple arrived together at the 2018 SAG awards. Both the stars shared the snaps of themselves on their Instagram.

They also love spending their vacation together and their recent holiday was in Mt. Fuji.

Besides, the couple seems to be close with their two pets, a dog, and a cat, Arnold, and Gus and loves them as their children. Glenn indeed has such an adorable family.

The romantic couple is also quite expressive regarding their love for each other, and they might surprise us any time soon with their wedding plans.

Glenn started her career at Valley Youth Theatre at the age of ten. Later during her days at the Boston Conservatory, she performed at the first National Tour of rock musical Spring Awakening for two years.

She then performed in several ventures such as Holding Patterns, Submissions Only, Nous York and much more but gained prominence only after landing her breakthrough role as Litchfield Penitentiary inmate Brook Soso in the Netflix, Orange Is the New Black in 2013. She received three Screen Actors Guild Awards for her role in the series. 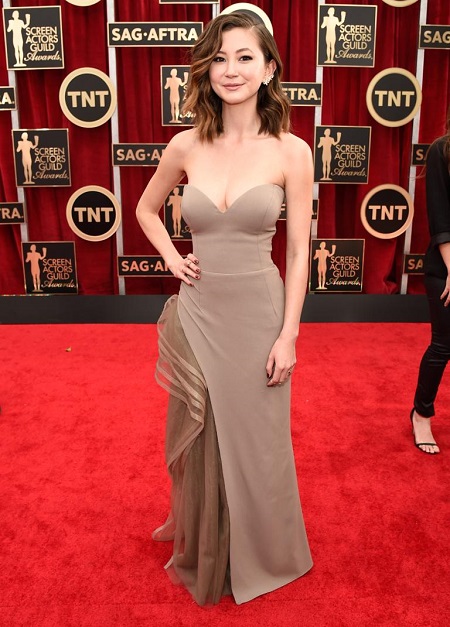 CAPTION: Kimiko Glenn rose to fame after her appearance in the Netflix, Orange Is the New Black in 2013 as the character Litchfield Penitentiary SOURCE: Spy Digital

Besides, she is also known for her role, Liv in the 2016 American techno-thriller adventure,  Nerve alongside Emma Roberts, Dave Franco, and Juliette Lewis.

Her other popular projects are Construction, Nerve, Liza on Demand, and Voltron: Legendary Defender among others. Glenn is currently busy in her upcoming project, In Reality alongside Ann Raffaela Lupo and Miles G. Jackson.