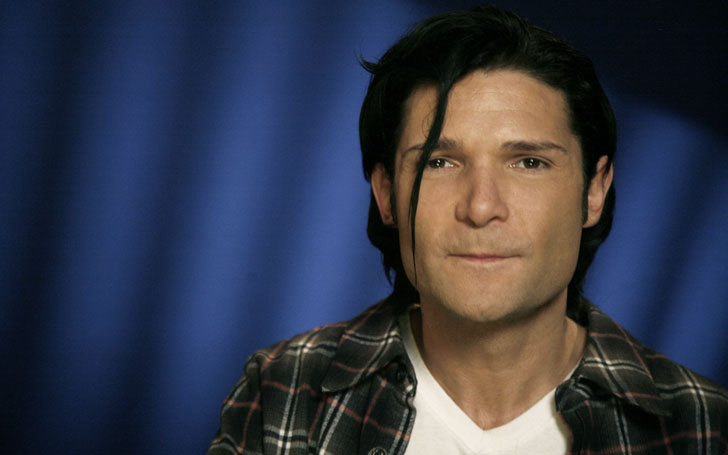 Stand By Me actor Corey Feldman claimed that an unknown person in the stomach stabbed him on Tuesday night.

Feldman had taken to his Twitter on early Wednesday morning that a man allegedly attempted to murder by opening his vehicle's door and stabbing him while he stopped at red light.

IM IN THE HOSPITAL! I WAS ATTACKED 2NITE! A MAN OPENED MY CAR DOOR & STABBED ME W SOMETHING! PLEASE SAY PRAYERS 4 US!  THANK GOD IT WAS ONLY MYSELF & MY SECURITY IN THE CAR, WHEN 3 MEN APPROACHED! WHILE SECURITY WAS DISTRACTED, W A GUY A CAR PULLED UP & ATTACKED! I’M OK! pic.twitter.com/TZ0ppZeEWN

The LAPD, however, reported they found ''no lacerations to his abdomen'' and denied to file an attempted homicide report. And now the actor has taken to his Instagram defending his claim. He posted bare abdomen with a small wound on its side which he captioned ''HE WORLDS SMALLEST KNIFE WOUND.....OR?!?!"

THE WORLDS SMALLEST KNIFE WOUND.....OR?!?! YES I WAS ATTACKED 2 DAYS AGO, YES THEY USED SOME SORT OF SHARP WEAPON, AND YES IT WENT INTO MY BODY! THIS IS WHAT THE SCAR LOOKS LIKE NOW, OBVIOUSLY IF IT WAS A KNIFE I GOT VERY LUCKY & IM BLESSED! IF IT WAS A SYRINGE, I WILL PRAY 4 THE BEST RESULTS! GOD BLESS!! #Kids2 #COREYSTRUTHISCOMING #PRESERVEINNOCENCE

Before, the 46-year-old actor revealed he was with his guard on his car when three men approached him and one among them attacked on his stomach.

Later, LAPD revealed that an unknown suspect opened Feldman's car's driver side door and made a stabbing move towards his stomach at around 10:45 on Tuesday night at the corner of Reseda Boulevard and Ventura Boulevard.

This situation was scary and upon further examination, the conclusion was it's most likely a syringe. Doctors did tests to see if it was a poison or virus.

The representative further said that the alleged incident was ''absolutely not a hoax.''