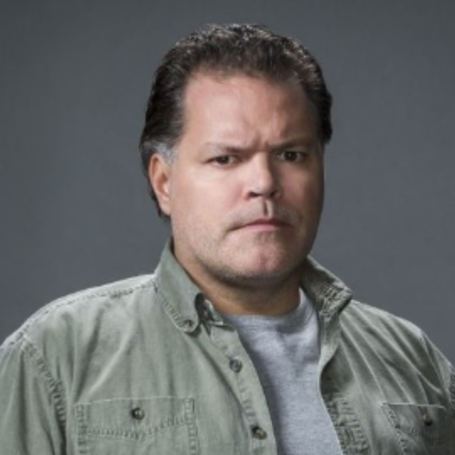 Aaron Douglas is a Canadian actor who is highly noted for playing Galen Tyrol in the military science fiction television show Battlestar Galactica. He later grabbed attention for his role Frank Leo on the CBS series The Bridge. Regarding movie appearance, Douglas has worked in a number of movies such as Walking Tall, Man About Town, and I, Robot.

Aaron Douglas was born on August 23, 1971, in New Westminster, British Columbia, Canada. He is Canadian by nationality and Caucasian by ethnicity.

He is the son of  Michael Douglas (father), a professor, and Arlene Elliot (mother), a psychologist. He has a brother named Chris Douglas.

Aaron's family shifted to a town called Creston when he was just ten. He then attended Prince Charles Secondary School. For his acting, he studied at William Davis Centre at VanArts.

Aaron Douglas, 49, started his acting career in 2000 when he appeared in the television movie The Inspector 2: A Shred of Evidence. The same year, he was cast in two shows: Hollywood Off-Ramp and Cold Squad.

In 2003, Douglas starred as Boston in the miniseries Out of Order. From 2004-2009, he played Galen Tyrol in the military science fiction television show Battlestar Galactica alongside Mary McDonnell, Katee Sackhoff, James Callis, and more. 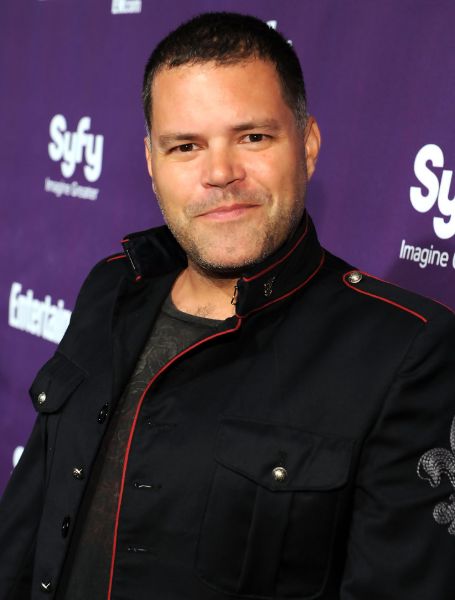 Aaron worked in the action-crime film Walking Tall in 2004. That same year, he had a small appearance in the science fiction film I, Robot.

His other movies and television series works include Man About Town, Chaos, Bionic Woman, and Reaper. In 2010, he acted as Frank Leo in the drama series The Bridge.

He played the main role in the comic science fiction show Dirk Gently's Holistic Detective Agency as Gordan Rimmer in 2016. A year later, he was seen in the biographical drama film Little Pink House.

In 2019, he made an appearance in the anthology web television series The Twilight Zone.

According to Celebrity Networth, Aaron Douglas has a net worth of around $800 thousand as of July 2020. His primary source of income is his work on television shows and movies.

Douglas has worked in the 2004 science fiction action movie I, Robot, which accumulated $347.2 million of box office against the budget of $120 million.

'Battlestar Galactica' star, Aaron Douglas was married to late Debbie Douglas who passed away after battling breast cancer on November 1, 2004. The actor has a son named Taylor Douglas ( born in 1996) from a previous relationship.

Apart from that, Aaron has involved in many charities including the Canadian Breast Cancer Foundation, Canadian Cancer Society, and Canucks for Kids - Canuck Place Children's Hospice.