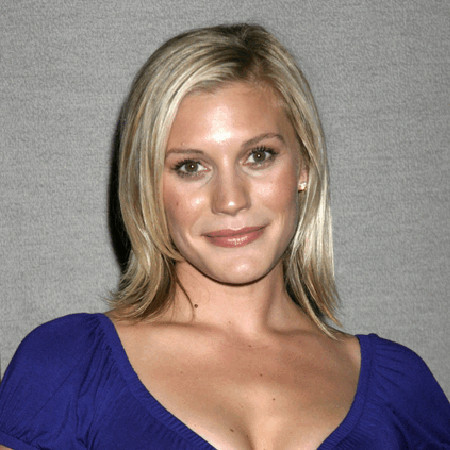 Kathryn Ann Sackhoff, known better as Katee Sackhoff, is an actress of American nationality, known best for the portrayal of Lieutenant Kara Thrace in Battlestar Galactica. She has been nominated for several awards for this role and was born on the 8th of April, 1980 to mother Mary and father Dennis. Her acting skills and expertise has made her hugely popular amongst her fans who constantly wish to gain more insight into her bio and details about her career.

Katee Sackhoff was born on April 8, 1980, in Portland, Oregon, Katee grew up in St. Helens, Oregon. Her father's name is Dennis Sackhoff and mother's name is Mary Sackhoff.

She was enrolled in Sunset High School, Beaverton for her education and graduated in 1998.

A swimmer as a child, he decided to pursue a career in sports which was cut short due to her knee injury. She later shifted to acting. She obtained her first acting role as a teenager in Fifteen and Pregnant. She then started appearing as Annie in Undressed of the MTV channel and then as Nell in The Education of Max Bickford.

Her motion picture debut was for My First Mister. She then appeared on Halloween: Resurrection and then grabbed the role of Kara Starbuck. Thrace on the miniseries Battlestar Galactica. This role has led her to become nominated for four Saturn Awards and she is also the recipient of the Best Supporting Actress on Television Award in the Year 2005 for his role.

The other appearances of Katee include acting in The Fearing Mind, Star Wars: The Clone Wars, Robot Chicken, Bionic Woman, Nip/Tuck, and CSI: Crime Scene Investigation, etc. She has also obtained a lead role in the eight seasons of the TV series 24. She portrays the role of Dana Walsh and also appears as Deputy Sheriff Victoria Moretti on the Netflix series Longmire.

Katee Sackhoff's Net Worth and Salary

Through her acting credits, Katee has managed to bag up a net worth of a whopping $4 million. This talks volumes about her salary which too must be a huge amount.

The dating life of Katee is as much talked about as her career is. She has been known to have dated Scott Niemeyer previously. The pair was a couple back in 2006 and the relationship was very much known to the media outlets and social media. However, the date when they split up has not been much known about.

Recently, she is known to be dating actor Karl Urban. This news was made public on the Schomes Know Movie show. They confirmed their affair in January 2015 but they were actually dating since 2014. Apart from this, Katee has never had any other known relationships and has never been married. She thus does not have a spouse and has no children yet. She has also never been rumored to have dated a girl and thus is straight.