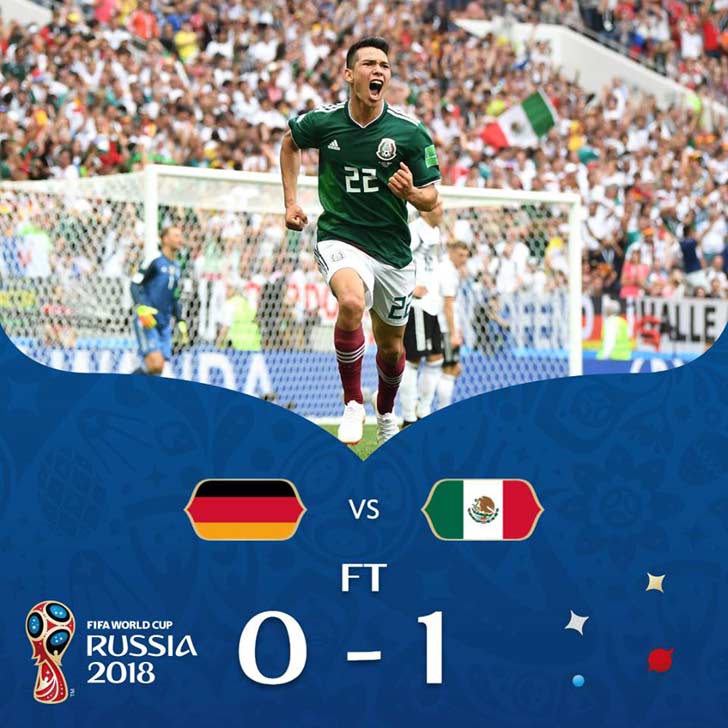 Things started quite surprisingly in the Group F of the FIFA World Cup 2018 as Mexico took on the giants Germany at Luzhniki Stadium and the match ended 1-0 in favor of the Mexicans.

One of the potential title contenders for the 2018 World Cup, Germany was left surprised by a rather young Mexican team. Germany known for their teamwork, couldn't do anything against the defense of Mexico.

The only game of the match came in the 35th minute from the pass from Javier Hernández which was converted by the 22-year-old winger Hirving Lozano. The sole goal from him concluded the match.

Throughout the game, German tried everything and yet failed to find the net. Their all-out attack with Gomez, Reus, and Draxler also couldn't break the Mexican defense. Though Germany dominated with the ball as their ball possession and number of shots were way higher than of Mexico, 66% and 26 respectively, they lost the match. 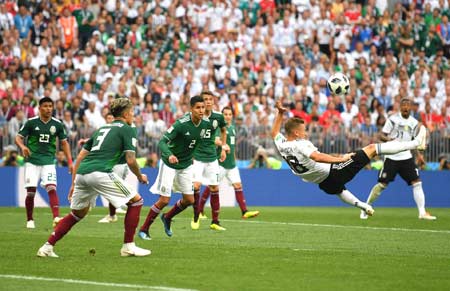 The Mexicans were filled with joy after the victory and why not as they defeated one of the best teams in the world. This win will definitely play as an advantage heading into their next game against South Korea on June 23, 2018.