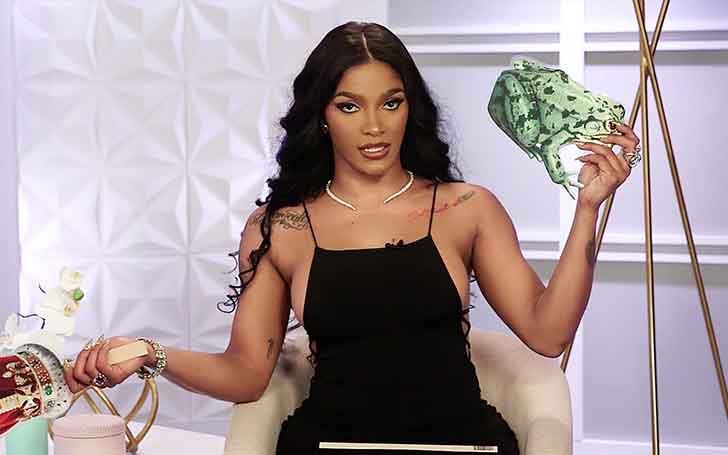 We know Joseline Hernandez as an American reality television personality, actress and rapper renowned as ‘The Puerto Rican Princess’ but few of us have seen her bold motherly side. She gave birth to an adorable daughter named Bonnie Bella with then-boyfriend Stevie J in 2016.

Why Joseline broke up with her baby daddy? Is she in a relationship with someone after the breakup? What about her past affairs? Stay with us to get all the details.

Joseline Hernandez had a hard time in her childhood due to the death of her father at a very early age. She grew up along with her stepfather, mother, and 5 siblings.

The age of 16 wasn’t sweet for Joseline. She used her best skills she had at the time to made financial contribution in the family and became an exotic dancer of associating clubs. She was even locked up for lecherous and activities or prostitution allegation during her time working as a stripper at the Diamond Cabaret in Miami, where she is known as Shenellica Bettencourt.

Joseline's life changed forever when she met  Stevie J, a musician and record producer. In 2012, she along with Stevie J appeared on the  VH1 reality series Love & Hip Hop: Atlanta for six seasons.

It was later revealed that the two were romantically and physically involved. At that time, Steve was dating Mimi Faust. The triangular love story became Love & Hip Hop: Atlanta's leading storyline and Hernandez continued as a main cast member.

Joseline and Stevie J. were close friends since they meet, later this turned in an intimate relationship. They were even rumored to be getting married in 2013.

Later, in 2016, Stevie J. revealed that the marriage was fake for media boom and also their relationship was facing troubles.

Despite all the attempts, the couple eventually separated which was documented in the fifth season of Love & Hip Hop: Atlanta.

Laughing at you other babies like.... who taught you #BonnieBella  thank me later

At the mean period of their separation, she was about to be a mother. The little bundle of joy was about to enter her life who was going to change her forever. She gave birth to a girl child, Bonnie Bella Jordan on December 28, 2016. 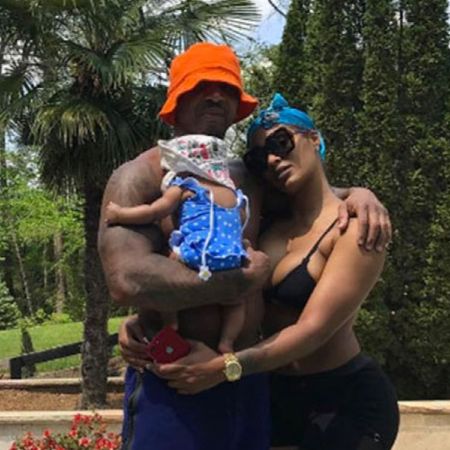 CAPTION: Joseline with her ex-husband and her child SOURCE: MTMTV

She did not get the childhood she deserved which is why Joseline is very determined to give her daughter every thing. She is a very proud mother and is often seen sharing her cute pictures on her social media.

Joseline is aware of the struggles one faces in the absence of a father and she does not want her daughter to go through the same phase she went.  Because of that even after the pretty bad break up she is still in touch with Steve and the two co-parent their adorable daughter.

Various rumors were out about love controversies between the star of Love & Hip Hop: Atlanta and the rapper Tory Lanez. But when she posted the photo with rapper, of them, lounging by the pool, it fueled romance rumors on September 17, 2018.

Princess doesn’t hold anything back, neither about herself nor about her personal matter — which is why she said she loves Lanez

Joseline confirmed the rumours about her romance are true during an episode of Bossip on WE tv. As of 2018, the couple is happily dating.