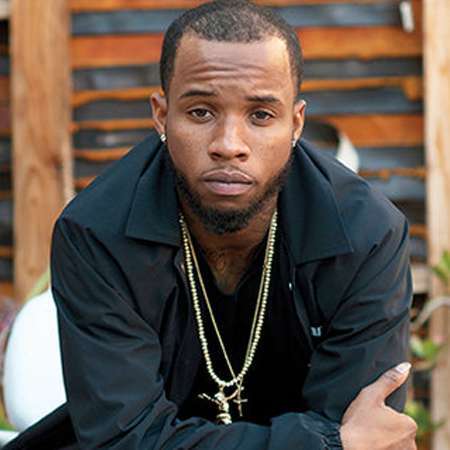 Daystar Peterson better known as Tory Lanez is a Canadian singer, rapper, record producer, songwriter, fashion designer, music video director, and entrepreneur. He was born on 27th July 1992 in Toronto, Ontario, Canada. His mother was of Dutch heritage from Curacao and his father was Bajan. When Tory was at the age of 11, he found out that his mother was suffering from a rare disease and later died. Later on, his father remarried and the family moved to Atlanta, Georgia.

When Tory was 16-years-old he dropped out from the 10th grade and began his music career with performing some songs at few outdoor concerts and started teaching himself to sing. In the year 2009, he released his first mixtape, T.L 2.T.O while he was in South Florida. He also began to direct his music videos and posted it on YouTube channel. From that onwards people started to notice him and his talent. In the year 2010, Lanez released another mixtape One Verse One Hearse, Playing for Keeps and Mr. 1 Verse Killah and Just Landed.

On 31st July 2015, Tory released his first single off his debut album named Say It. The Same year he released the two mixtapes ‘The new Toronto’ and ‘Chixtape III’. His new albums brought him, even more, fame and popularity among the fans. On April 1, 2016, Tory Lanez and ASAP Ferg announced ‘The Level Up Tour’ and it was revealed that Lanez would perform at Pemberton Music Festival and Summer Jam. On 6th May 2016, he again released two songs ‘Unforgetful’ and For real as a part of the Fargo Friday series.

Giving some lights to his personal life, Tory didn’t have a great childhood as he was sent to live with his mother’s friend because of his behavior towards his father. Following that, he was again forced to live with his grandmother and when she refused to take care of him he started to live on his own at the age of 15.

He said in an interview that,” I ended up moving downtown with these three dudes that I didn’t really Know.” He further added,” I was just fighting them. It was every man for him. That’s what made me a man, having to fend myself and being in a situation where there is no dad and no mom to help you.” As far as his dating life is concerned there are no rumors of him having any affair with someone. Apparently, the rapper is a bit shy when it comes to impressing the girls. However, don’t know when but his future girlfriend will be very lucky to have him.

He is a very hardworking and passionate singer. Even at this small age he has achieved a lot and still going very strong. He is also very handsome with the height of 5 feet 7 inches and weight of about 155 pounds. Currently, Tory’s net worth is estimated at $1 million. For more details about Tory his albums, songs, family, childhood information are available in his bio and also in the wiki.