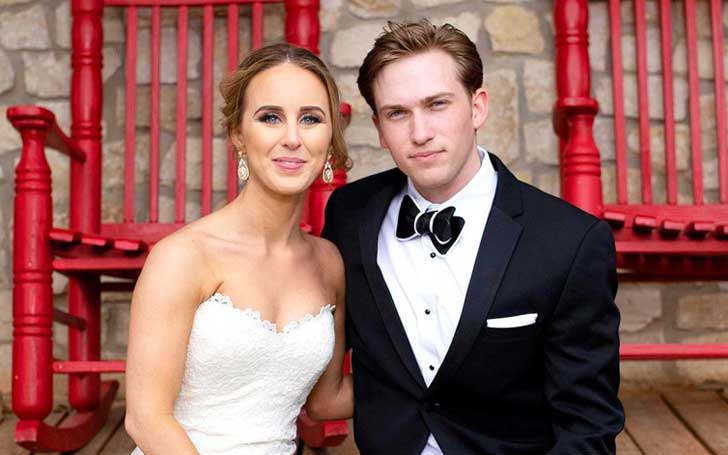 Danielle Bergman and Bobby Dodd are over the moon! The Married at the First Sight alums gave birth to their first child, a baby daughter on Tuesday, February 26. The pair named their newborn daughter "Olivia Nicole."

The reality stars' representative confirmed the birth exclusively to People on Tuesday. "Olivia Nicole is finally here and her dad and I are absolutely enamored with her," the new mother told People.

The little girl weighed 6 lbs, 2 oz and measured 19 inches long. The proud parents also shared the happy news with their fans via their social media where they wrote "We are so excited to finally announce our sweet baby girl," alongside a photo of them with their newborn. 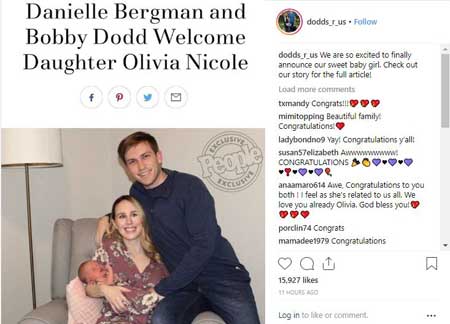 The husband-and-wife announced the upcoming arrival of their first child in October to People revealing they were beyond blessed to announce the good news.

The duo shared  a statement with the tabloid announcing Bergman's first pregnancy which read:

2018 has been the most beautiful year for us. Not only have we found each other after all this time, but fallen so deeply in love.

Dodd, a construction project manager, and Bergman, a software account executive got married on season 7 of the famous Australian show Married at First Sight in 2018. The program produced by Kinetic Content aires on Lifetime on Tuesday at 9 pm.