Lynn Collins' second husband Matthew Boyle isn't a huge celebrity like her former flames. Who is he? How is their marriage life in media? 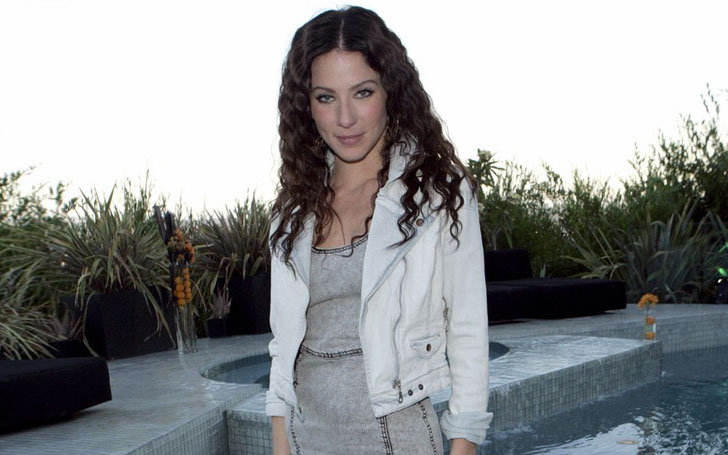 Popular for movies like X-Men Origins: Wolverine and John Carter, Lynn Collins is pretty much always in the news, not just because of her work.

The actress is currently married, however, she has been in some pretty huge public romances prior to her marriage with Matthew Boyle in 2014. Collins was married to Steven Strait from 2007 till 2013 and was publicly involved with Canadian actor Keanu Reeves.

Collins' current husband Matthew Boyle isn't a huge celebrity like her former flames. Who is he? How is their married life in media?

Who is the man Lynn Collins' is currently married to?

Thirty-nine-year-old, Lynn Collins is currently married to her boyfriend, Matthew Boyle. Her significant other, Matthew Boyle, is a musician. “The Merchant of Venice” star has been now married for three years to the musician.

Collins and Boyle were dating for one month when they got engaged in December 2013. After ten months of engagement, Lynn and Matthew married in November 2014.

Lynn Collins shared this adorable moment on her Instagram

What #2014 brought me #MattandAsher I share with you all with a grateful and open heart #raisethevibe #WeR1  pic.twitter.com/lSv34NdVTq

Together, Lynn and Matthew welcomed their first child, Asher Hendrix Boyle, in January 2015. Apart from the fact that it is Boyle's first marriage, nothing else major is known about him. Seems like, Collins' new husband is quite the private person.

Who was Lynn Collins dating before her second marriage?

Lynn Collins was romantically linked to Charlie Cox, the British actor known for Netflix series Daredevil, in 2004. However, the relationship couldn't even last a year. Cox was reportedly dating Kate Mara from 2006 till 2008, he currently is with Samantha Thomas who is already the mother of his child. Collins was seen romancing another man by 2005.

Lynn Collins, Charlie Cox at the premiere of the film 'Being Julia', in October 2004

In 2005, media flooded with the news of Keanu Reeves and Lynn Collins' relationship. However, the fire between Collins and the Candian actor couldn't last more than 3 months. Following the on and off relationship with Keanu, Collins married Steven Strait on December 23, 2007. Steven is an actor, fashion model, and a rock singer.  After nearly six years of conjugal relationship, Lynn and Steven separated in 2013 due to personal issues.

So, before marrying Matthew Boyle in 2014, Lynn Collins was settling her divorce with Steven Strait.