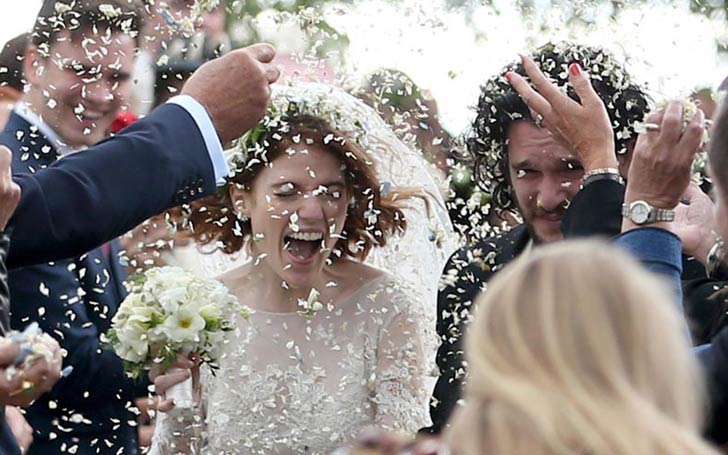 Game of Thrones' couple Kit Harington and Rose Leslie are officially off the marker. The on-screen and off-screen couple tied the knot in a romantic ceremony at Kirkton of Rayne church in Scotland on Saturday, 23rd June.

Leslie, 31, looked radiant in an elegant long-sleeve lacy dress while walking down the aisle. The actress accessorized a floral garland on her head as well as a white veil. 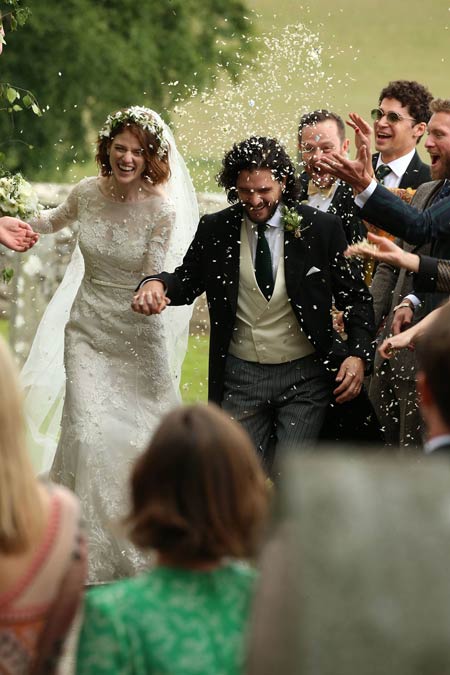 On the other hand, the groom was in a formal black jacket, a cream-colored vest and a pair of striped pants.

The star-studded wedding was attended by many Game of Thrones stars including Sophie Turner, and Maisie Williams.

Turner, who is singer Joe Jonas' fiancee, opted for a red suit dress with a pair of over-the-knee length black boots. While Williams wore a black jumpsuit which she accessorized with a pair of red heels. 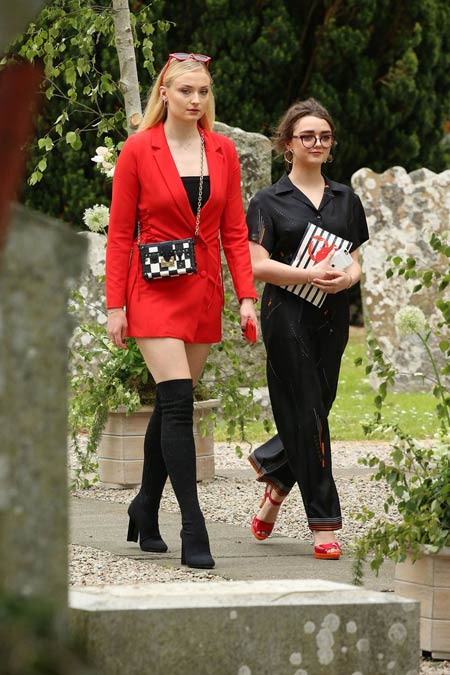 The wedding comes nine months after actors Harington and Leslie announced their engagement in The Times of London. The actors who have been in a relationship for years keep their affair low profile. However, fans started speculating about their affair after they started appearing together time and again even after their character in the HBO series ended.

After the years-long relationship, they went public as a couple on the red carpet at the Olivier Awards in London in 2016.