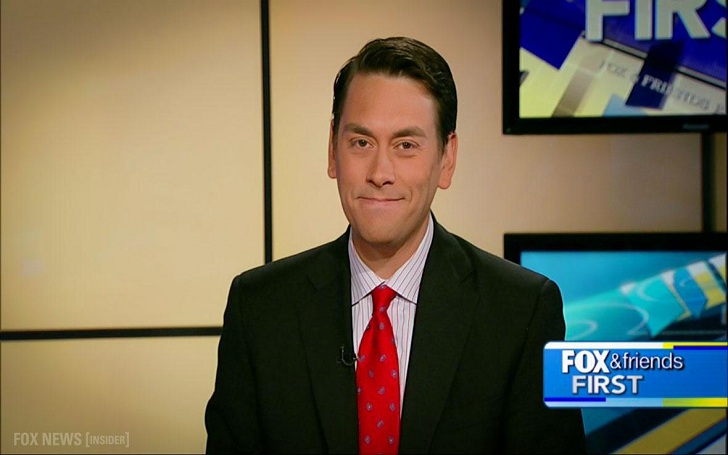 'Fox and Friends' Host Clayton Morris has ended his 18 years broadcasting career and 10 years at Fox.

Morris announced his retirement on Monday Morning that he will be leaving the program to pursue different endeavors. He bid farewell to his co-workers with an emotional speech as he said:

I’ve decided after 18 years in broadcast television, that today would be my last day on television. You guys have been amazing, and the staff here’s just been amazing. I’m excited about this new chapter in my life. I don’t think you’ll ever see me on television ever again, so I’m not going anywhere else. I’m just gonna spend time with the family and focus on projects that I’m passionate about.

He started his broadcasting career at Fox News working for the Fox station WTFX in 2008 as a co-presenter of the show Good Day. Morris even worked for the morning show The Daily Buzz in Orlando.

He thanked Abby Huntsman and Pete Hegseth for their support and even consulted about his future works.

With the retirement of Clayton Morris, the co-hosting team of Fox and Friends which worked together in between 2008-2012 have all left Fox. Dave Briggs and Alisyn Camerota left in 2012 and 2014 respectively and both now work for CNN.