Zonnique Pullins, who is famous by her stage name Miss Star, is an R&B singer who is famous for the song Pretty Hustle. Previously, she was a s sociated with OMG Girlz(girl group) alongside Breaunna Womack and  Bahja Rodriguez.

Zonnique Pullins was born on March 20, 1996, to Zonnie Pullins(father) and Tameka Cottle(mother). Her birth name is Zonnique Jailee Pullins, and her family members call her Nique Nique. Pullins is of American nationality and belongs to Afro-American ethnicity.

when I tell you God blessed me in a major way when he paired me with this cancer woman! thank you mommy for giving me life, for giving me eternal best friends that are my siblings, for being so full of love 24/8, for being my best friend when that’s all I need, for making things happen when you’re too far away to physically help, for being YOU and showing me how not to care about what anyone thinks, for not being one of those cancers who cry all the time because I hardly ever see you cry which is crazy to me...I love everything about you happy birthday lil mama @majorgirl

After a few months of creation, Reginae Carter and Lourdes Rodriguez left the group. Remaining other three girls won a national contest and got chance to perform at the Scream Tour: Next Generation. Their group got fame after they released a single, Gucci This (Gucci That). Later on, they released several songs such as Where The Boys At?, Baddie, and Lover Boy.

In 2015, the group announced their disbanding. The same year, Zonnique Pullins released her single: Nun For Free, Can't Trust Em, Cool Kids, My Nigga. In 2017, she released Love Jones.

In the meantime, Zonnique also made an appearance in a reality TV show, T.I. & Tiny: The Family Hustle along with her family. The show aired from 2011 to 2017.

Zonnique Pullins' Net Worth and Salary

The American R&B singer, Zonnique Pullins has an estimated net worth of around $500 thousand. She has collated all of her net worth from her album sales as well as from her tour. On the other side, her mother, Tiny Harris, has a net worth of $3 million.

The 23-year-old singer Pullins is currently dating rapper Bandhunta Izzy. They started their relationship back in mid-2018 and are still very romantic together. 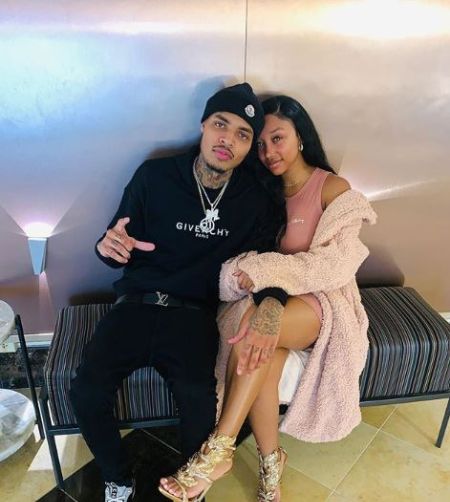 In January 2019, there was a rumor of Zonnique Pullins being pregnant, however, the singer didn't address the rumor and later it was found to be fake.

Before this relationship, she was in a relationship with NFL player, Damian Swann, who is currently playing for the Atlanta Legends. She also had an affair with a musician as well as a rapper, Zoey Zuko.