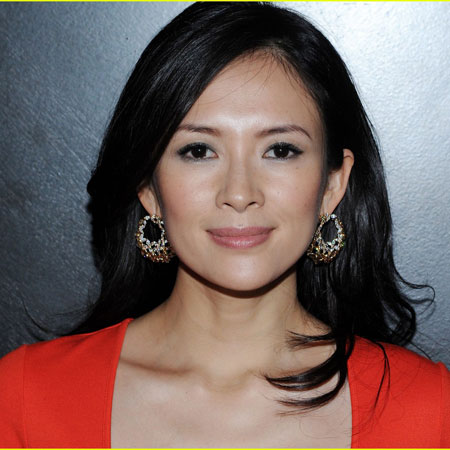 Chinese actress and model, Zhang Ziyi is one of the most popular Asian actresses who is also considered one of the Four Dan Actresses of China. She is best known for her appearances in Rush Hour 2 (2001), Hero (2002), House of Flying Daggers (2004). Her performance in Memoirs of a Geisha (2005), earned her nominations for the Golden Globe Award for Best Actress – Motion Picture Drama, the Screen Actors Guild Award for Outstanding Performance by a Female Actor in a Leading Role, and the BAFTA Award for Best Actress in a Leading Role. Ziyi has won 12 different awards for her role Gong Er in 2013 movie The Grandmaster which made her most awarded Chinese actress for a single film.

Zhang married her rock musician boyfriend, Wang Feng in May 2015 and the couple is blessed with a daughter, Wang Xingxing. She lives in Los Angeles along with her family.

Zhang Ziyi was born on February 9, 1979, in Beijing, China to  Zhang Yuanxiao, an accountant, an economist, and Li Zhuosheng, a kindergarten teacher. She is Chineses and belongs to the Han ethnicity. She was raised along with her older brother, Zhang Zinan.

Zhang started dancing at the age of 8 and attended the Beijing Dance Academy. But she didn't like the environment of her school and even ran away from the academy once.

She won the national youth dance champions when she was 15 and started appearing on TV commercials.  In 1996, she joined the prestigious Central Academy of Drama in Beijing.

In 2007, Zhang Ziyi lent her voice to the character Karai in the American animated film, TMNT.  Some of her other Chinese and Hollywood movies include The Horsemen, Sophie's Revenge,  The Grandmaster, The Crossing, Oh My God, The Cloverfield Paradox,  Godzilla: King of the Monsters.

Zhang Ziyi has won 31 awards in her 22 years of a movie career. In 2001, she was awarded Golden Bauhinia Awards and MTV Movie Awards for her performance in the movie Crouching Tiger, Hidden Dragon. She won Best Actress awards for Purple Butterfly and Jasmine Women in 2004.

Zhang Ziyi was honored with Outstanding Contribution to Chinese Cinema at the 11th Shanghai International Film Festival in 2008.  She also received Actress of the Decade by Cine Asia and also received the Order of Arts and Letter at the Ordre des Arts et des Lettres Awards.

Zhang Ziyi is one of the richest Asian actresses with a total net worth of $100 million. She gets paid around $1 million for her appearance in the movies. She also endorses popular brands including Coca-Cola, Omega Watches, Visa, Maybelline, and Garnier. As per some online sources, Zhang earns nearly $1million-$3 million for promoting the brands.

In 2014, Taylor Swift made $26 million by endorsing Coca-Cola. Zhang is also one of the popular faces of Coca-Cola, she might not earn like Swift, but her brand value is in millions. Zhang was a former spokesmodel for Tag Heuer watches, Korean mineral water, Pantene shampoo, and Lenovo. She also endorses the beauty product, Maybelline.

She has worked on numerous box office hits, and some them are enlisted below,

In 2012, Zhang Ziyi trapped into the scandal of high-cla s s prostitution after an overseas Chinese website, Boxun reported Zhang earned $100 million by prostituting herself to a string of powerful Chinese politician, Bo Xilai.

Later, Zhang sued Boxun for defamation in a US court and won the case. The court ordered Chinese website to pay her high undisclosed amount and even asked to issue a front-page apology to her.  Similarly, she won another case relating to same false reports against  Apple Daily and Next Magazine.

Zhang Ziyi is married to rock musician Wang Feng. The duo tied the knot in an intimate family ceremony in May 2015. The duo welcomed their daughter Wang Xingxing on December 27, 2015.  As of 2018, she along with her husband and daughter resides in Los Angeles.

Prior to Feng, Zhang shared a romantic relationship with Israeli Venture Capitalist, Vivi Nevo. The duo dated for three years until their official split in 2010. In 2008, they confirmed their engagement but never made it to the aisle.

In 2007, Zhang obtained Hong Kong residency for her contribution to the local film industry through the  Quality Migrant Admission Scheme. She is also one of the members of China Zhi Gong Party.

She was enlisted under 50 Most Beautiful Female celebrities by Los Angeles Times. In 2007, Zhang voted E!'s "Sexiest Action Stars" and 100 Most Beautiful People in the World. Zhang is a global amba s sador for Special Olympics movement and CCPF, who provides medical care to orphans in China. She was Image amba s sador for 1st Beijing International Film Festival.

Here is an interview with Ziyi Zhang at The Grandmaster LA Screening.