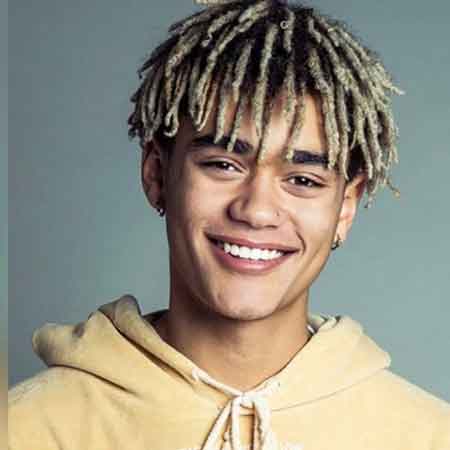 Social media star and singing sensation, Zion Kuwonu is one of the band members of the boy band PRETTY MUCH which was originally formed by Simon Cowell. The band's discography includes the EP and singles like ‘Would You Mind’, ‘Open Arms’, ‘10.000 Hours’ and among others. It gained such huge popularity on social media with its cover songs and dancing video. He initially gained popularity as an Instagram star with 500k+ followers to his self-titled account in Dec 2018.

Zion Kuwonu was born on June 29, 1999, in Ottawa, Canada. He spent most of his childhood days in his hometown Ottawa and did her schooling there too. His birth sign is Cancer which defines his personality as a Tenacious, highly imaginative, loyal who craves deeper and more meaningful relationships. He has two siblings, a sister, Kekeli Kuwonu and a brother, Elom Kuwonu.

Zion belongs to American nationality and as far as his ethnicity is concerned, Kuwonu is mixed. He grew up in Ottawa along with his family.

Kuwonu started posting singing and dancing cover videos on his Instagram at the age of 15 in late 2014 which gradually made him popular among audiences. Following internet success, he got an invitation from "Sony Music" to visit New York City in 2015.

He continued uploading cover videos which eventually attracted the attention of English reality television judge and producer, Simon Cowell.  Cowell is also a judge of American Got Talent along with Piers Morgan, David Ha s selhoff, and Brandy Norwood.

Cowell called Kuwonu for an audition and luckily he got selected. After that, Simon formed the American-Canadian pop boy band, Pretty Much along with Zion Kuwonu and other four boys named Nick Mara, Austin Porter, Brandon Arreaga, Edwin Honoret in 2016. The band has an official self-titled youtube channel, Pretty Much which has more than 452k subscribers and 55 million views as of October 2018.

In July 2017, the band performed their debut single, "Would You Mind" at the Teen Choice Awards. The single reached on Billboard's Mainstream Top 40 charts. On October 17, 2018, the group released their song "Real Friends" to promote their fall tour, the Funktion Tour.

Zion Kuwonu's Net Worth And Salary

Zion Kuwonu is a rising singing sensation, he garnered huge popularity in a short span of time. Similarly, he also earned a good sum of the amount from his singing career, as per some online sources, he earns $100-$200k from concerts and shows. Considering his career growth, his net worth isn't less than the six-digit figure.

Zion Kuwonu is not married and is also not dating anyone at present. As of now, he is possibly single but previously he was rumored to be dating Jazmine Nunez. He, however, never confirmed his relationship. Zion is quite confidential when it comes to his personal life and does not want to share the information related to his relationship and girlfriend. He is more focused on his meteoric career.

He has a dog named Kobe. He loves playing skateboarding and hockey.

Kuwonu has a huge fan following on Instagram with 500k followers. He has been living in Los Angeles since the formation of ‘PrettyMuch'.

Check out the video of Pretty Much,