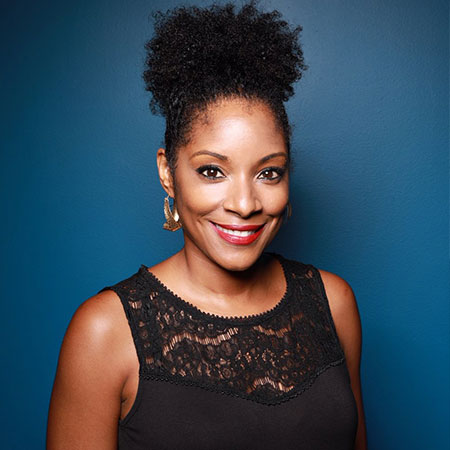 Zerlina Maxwell is one of the few female political analysts and public speakers who not only contribute to society but also inspire millions of people. Her journey to becoming a journalist and a political analyst wasn't easy as she went through sexual a s sault to receiving death threats in her journey.

Zerlina Maxwell was born on November 16, 1981, in the USA to the peachers parents. Maxwell is American by her nationality and belongs to the African-American ethnicity/race.

Maxwell earned her bachelor degree from Tufts University in International Relations in 2003. Then she attended Rutgers Law School in Newark and completed her graduation in 2013.

Soon after completing her bachelor degree, Zerlina Maxwell started working with White & Case as a paralegal where she worked from 2004 to 2006. Then, she moved to Kasowitz, Benson, Torres & Friedman where she worked for a year.

In 2008, she joined Update Legal where she worked for over two years. At the same time, she worked as a field organizer during the 2008 Barack Obama's presidential campaign. Later, she served as a contributing writer to Essence Magazine.

In addition, Maxwell frequently appears on CNN, FOX News, and MSNBC as a political commentator. As a writer, she has also written for leading online magazines like the American Prospect, The Huffington Post, Washington Post, JET Magazine and others.

Zerlina Maxwell, the famous American political commentator, and columnist has earned a decent sum of money from her career, however, her exact net worth hasn't been revealed yet. As of 2019, Zerlina Maxwell's net worth is estimated to be around $1 million. She earns the major part of her worth from her career as a political analyst. In addition, she makes between $20,000-$50,000 per year from public speaking on average.

Maxwell also earns more than $50,000 from online magazine writing. Similarly, as a political analyst, she makes around $120,000 per annum.

Zerlina Maxwell's Sexual Assault Experience And Action Against It

In 2013, Zerlina Maxwell appeared in the Fox News' Hannity show to debate on sexual a s sault faced by women in colleges. When the host asked about her if women should be arming themselves against rape to which she replied,

I think we should be telling men not to rape women and start the conversation there.

Later, she realized the power of a hashtag on Twitter for social discussions and created #RapeCultureIsWhen for which she won 2014 Maggie Awards for Media Excellence. Later, she came up with another hashtag, #YesAllWomen in response to #NotAllMen emphasizing that sexual hara s sment is experienced universally by women.

Maxwell appears on various talk shows and public events to promote women's safety and gender equality. Previously, she mentioned, she herself was a survivor of sexual a s sault and prefers to call herself a survivor activist.

Below we present you a video of Zerlina Maxwell: