You surely have watched Jim Carrey's ''The Mask', but what about his other movies and TV Shows? 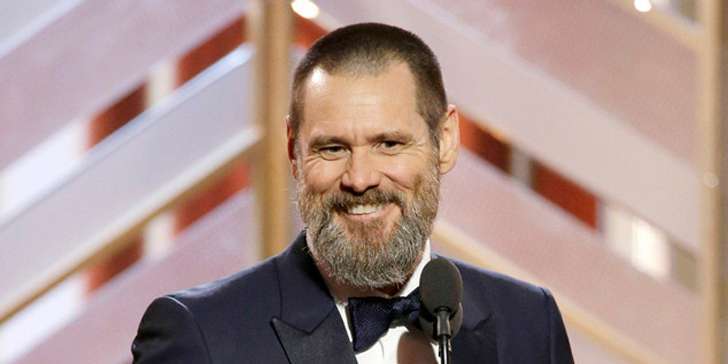 Our favorite American actor, Comedian, impressionist, screenwriter and film producer, Mr. Jim Carrey, has played in many funny movies which compel us to squeeze our stomach and laugh as hard as we can. Among his upcoming movie, True crime is about to be released which is a Polish-American crime drama-thriller film directed by Alexandros Avranas and written by Jeremy Brock. In this movie, some of the stars besides Jimmy Carrey are Agata Kulesza, Kati Outinen, Marton Csokas, and others. He has been described as one of the biggest movie stars in Hollywood.

54-year-old Jim Eugene Carrey was born in Newmarket, Ontario, Canada. He is an average-built guy having dark brown eyes and dark brown hair. He was dropped out from two high schools which are Aldershot High school, Burlington, Canada and Agincourt College institute, Scarborough, Canada.

Jim played in altogether 29 big screen Hollywood movies from 1985 to 2016. His first movie was Once Bitten which was an American horror comedy film in which he played the role of Mark Kendall, an innocent and naive high school student who is seduced in Hollywood by a sultry blonde. He played in many other superhit movies such as Earth Girls are Crazy, Ace Ventura, The Mask, Batman forever, Dumb and Dumber, Liar Liar, Man on the Moon, Bruce Almighty, Kick-ass 2, etc.

It is quite unusual for an American actor to have altogether 14 relationships. He got married to two wives, among which his first wife is Melissa Womer with whom he lived together for about 8 years and gave birth to a kid. After getting divorced with her in 1995, he again got married to an American-Canadian actress Lauren Holly with whom he worked together in the movie Dumb and Dumber.

One of his 28-year-old girlfriends named Cathriona White even committed suicide after breaking up with him leaving a suicide note. Now, Jim, who is hosting Saturday Night live for the third time, struggled throughout his teenage, but is now a $150 million worth Hollywood actor.