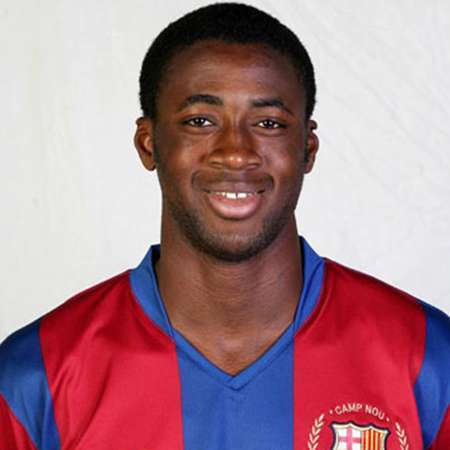 Yaya Toure is an Ivorian Professional Footballer who plays from the National Team of Ivory Coast and Superleague Greece club Olympiacos as a midfielder. Prior, he has played for many big clubs including Barcelona and Manchester City. He is considered as one of the greatest African players and was voted African Footballer of the Year for 2011, 2012, 2013, and 2014.

Gnegneri Yaya Toure is the full name of Yaya Toure. He was born in the year 1983 May 13 at Bouake, Cote d’Ivoire. He owns the height of 188 cm and Body weight of 82 Kg. He is Muslim by faith. He was born and brought up in Ivory Coast. He has two siblings. One Elder Brother and a Younger Brother, named Kolo Toure and Ibrahim Toure who are also the professional footballers. This 31-year-old midfielder is a married man. Gineba Toure is the name of his spouse.

Yaya Toure is popular amongst his fans. They chant different rhyme for him on his match to encourage him. He is a versatile, energetic and enthusiastic player. He can switch his play from defensive to offensive positions in the play. Yaya Toure is very skilled in pa s sing and tackling the ball. He is good at long and short pa s ses with an efficient marking of the positions. Yaya has got good dribbling skills as well.

Yaya Toure began his youth career from ASEC Mimosas in the year 1996. After six years of practice and youth club experience, Yaya debut his professional career from Beveren in 2001. He spent two seasons with Beveren appearing in 70 matches and bagging 3 goals for the team. Later in 2003, he joined to Metalurh Donetsk for two seasons where he appeared in 33 matches bagging 3 goals. He had good seasons running for his career boost. In 2005, Yaya Toure joined at the Greek Cub Olympiacos. He was one of the key players in the team. Yaya Toure had the impressive performance with this club in a season and had attracted the interest of different clubs. Making his move to French Liga Club Monaco in 2006 for two seasons, he had the difficult start for having a difficult relationship with the then manager but later after the manager was sacked, he showed up his skilled performances. He became the key midfielder of the club.

After the end of two seasons with Monaco appearing in 27 matches bagging 5 goals, Yaya Toure moved to Spanish Club Barcelona. He remained in the team for 3 seasons playing 74 matches with 4 goal scores. After the release of his contract, Yaya Toure signed the contract with the current club Manchester City in 2010. It has been nearly 3 years he is playing from Man City. According to the salary statistical record for Yaya Toure in 2012, his salary is recorded to be 15 million USD. His agent Ungleklart claims the market value of this right-footed central midfielder to be 30.000.000 Euros. He is in the current Team of Man City playing from the midfield wearing jersey No.42. He is also in the Ivory Coast National Football Team along with his brother Kolo Toure since 2004. He has the experience of playing in 82 matches scoring 16 goals for his Nation from the National Team.

Toure's net worth is estimated to be around £54.3 million ($70m), according to Celebrity Net Worth. Reportedly he earned £45,000-a-week during his time at Barcelona. Similarly, he signed a contract of £24 million while joining Manchester City. He was the highest-earning Premier League player in history earning around £220,000-a-week from his basic wage alone. His five-year deal helps him acc u mulate £55.6 million including £1.65 million-a-year for image rights. Further, he earned £823,000 when City qualify for the Champions League.

He has a younger brother named Kolo Touré who is also a renowned football player and was his teammate at Beveren, Manchester City. He also has other younger brother Ibrahim Touré who was also a footballer but unfortunately died at the age of 28 after a short battle with cancer.

Talking about his relationship status, he is married to wife Gineba Touré and the couple shares three children. The pair lives a low-key life and does not share much about their family life.