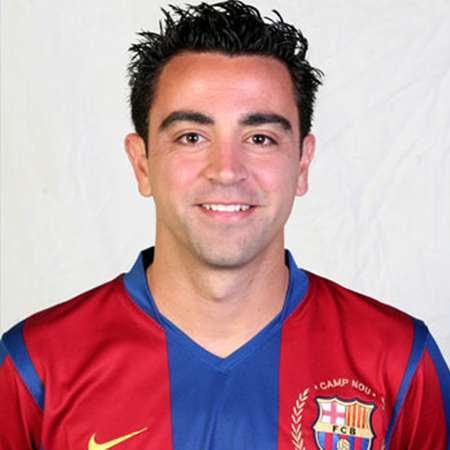 Xavier Hernandez is a Spanish soccer player who plays for the central midfielder for Qatari club Al Sadd SC. He is famous for playing for the Spain national team and FC Barcelona.

He won 8 La Liga titles and four UEFA Champions League titles with FC Barcelona. He is married to Nuria Cunillera since 2013.

Xavier Hernandez i Creus is the full name of Xavi Hernandez. He is a professional (Mild-fielder) mid-fielder from the Spain national team. He was born in 1980 January 25 at Terrassa of Spain. Xavi Hernandez owns the height of 170 cm and weight of 68kg. His current team is FC Barcelona. He plays in La Liga from this club and for the Spain National Football Team from squad number 6.

Xavi started his career at the age of 11 in 1991 joining the youth academy of Barcelona called La Masia. The six year of youth team experience promoted him to join in the senior reserve team called Barcelona B in 1997. He made total appearances in 61 games from the club bagging 4 goals. In 1998, Xavi got the opportunity to play from the main squad of FC Barcelona.

He played few matches from the main squad and then returned to his reserve team. He became the key player in the team for winning the Spanish La Liga in 1998/1999. He was awarded with the title of 1999 La Liga Breakthrough Player of the Year due to his excelled performance in the game.

After finishing his contract in playing with Barcelona B, he then joined the first team of Barcelona in 2000. Xavi Hernandez became one of the prominent names of the players for dominating the game from the club. Even though he is a midfielder but he played the defensive role in the games.

This talented football player has been the asset to the club Barcelona and the Nation Spain. His talent has given the team and himself the different honors and achievements. For the team, he had assisted in winning the seven La Liga, two Coupe del Rey, six Supercopa de Espana, three seasons of UEFA Champions League, two UEFA Super Cup, and FIFA Club World Cup: 2009, 2011. For Spain, he played in the team in the victory of “FIFA World Youth Championship 1999”, “Summer Olympics Silver Medal 2000”, “UEFA European Football Championship: 2008,2012” and the “FIFA World Cup 2000.”

Besides these, he has bagged several other titles and award in his name as the player of the year at different matches at different times. He was also awarded with the Spanish Sportsman of the year in 2009,” “Gold Medal of the Royal Order of Sporting Merit 2010” and “Prince of Asturias Award for Sports in 2010 and 2012.”

Xavi Hernandez's Net Worth And Salary

Xavi Hernandez's net worth is $40 million as of August 2018. He has accumulated a hefty amount of net worth from his longtime soccer career. He is often considered one of the richest footballers of Spain. His salary was 10 million EUR while he was in FC Barcelona.

Nuria Cunillera is the name of his wife. They married in 2013. This talented player has made the Spanish Football Team to be counted as the one of the most strongest and successful National Teams in the recent times. He has guided the team whether it should be Barcelona or the National Team, to an extraordinarily cool head. Xaxi has got great vision and excellent creativity in the game with the marvellous passing.

His control over the ball and shooting skills are appreciable. He has shown his capability to adapt in different positions in the mid field. However, he needs to improve on his tackling skill and durability in the game to earn more goals in the career. Also, to note for the headings, he has a bit of short height which seems to be a disadvantage for him.