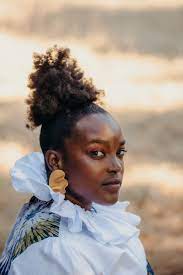 Wunmi Mosaku is a Nigerian-born British actress who first stepped into the entertainment industry in 2009 in the miniseries "Moses Jones," which was aired on BBC Two. Gradually, she got Holly Lawson's role in the ITV series "Vera" (2011-2012). In 2017, Wummi won the BAFTA TV Award for Best Supporting Actress for her role as Gloria Taylor in the Tv film "Damilola, Our Loved Boy," which was released in 2016. Later, in 2019, she starred in the fifth series of Luther, and recently, in 2020, Mosaku starred as Ruby Baptiste in HBO's "Lovecraft Country." Similarly, in 2020, she won the British Independent Film  Awards for Best Actress for her role as Rial in the movie "His House."

Wunmi Mosaku was born in Zaria, Nigeria, on July 31, 1986, as Oluwunmi Olapeju Mosaku. She was born under the sign Leo, and as of March 2021, she is 34 years old.   Wunmi's family emigrated to England when she was one year old.

Both of her parents were professors in Nigeria, but they could not do the same job in Britain. So, her father moved to Nigeria, but her mother started a business in England.

Mosaku did her schooling in Trinity Church of England High School and pa s sed out from Xaverian Sixth Form College. Also, she used to sang in Manchester Girls Choir for eleven years.

What Is The Nigerian-British Actress Best Known For?

In 2007, Mosaku graduated from the Royal Academy of Dramatic Art and made a debut at the Arcola Theatre in Pedro Calderon de la Barca's The Great Theatre of the World.

Later, she appeared in Rough Crossings, directed by Rupert Goold, inspired by Simon Schama's book at Lyric Hammersmith. Wunmi was cast as Sophie in the UK premiere of Ruined by Lynn Nottage at the Almeida Theatre but had to back off because of an injury. 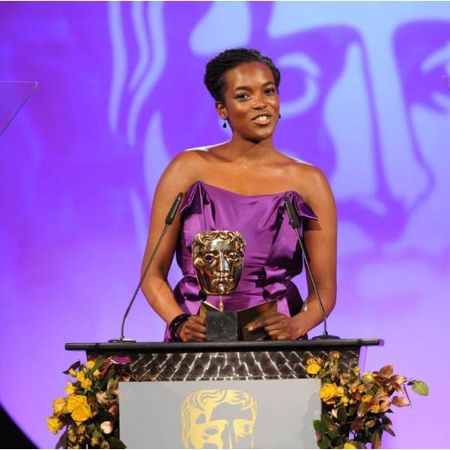 CAPTION: Wunmi Mosaku with her BAFTA TV Award For Supporting Actress for her role as Gloria Taylor in the Tv film "Damilola, Our Loved Boy," SOURCE: The Info

In 2009, she got her first opportunity for the big screens and starred in BBC Two miniseries "Moses Jones," for which she won Best Actress at the Roma Fictional Festival.

Furthermore, in 2010 Wunmi was named one of the Seven Fresh Faces of Toronto International Film Festival for the movie "I am Slave" and was characterized as Malia, a girl kidnapped from her village Sudan and sold for Slavery.

Additionally, In 2017 Wummi won the BAFTA TV Award for Best Supporting Actress for her role as Gloria Taylor in the Tv film "Damilola, Our Loved Boy," In the show, she shared the screen with actors like Babou Ceesay, Sammy Kamara, Robert Pugh, Shola Adewusi, & John Hollingworth.

As of 2021, she is all set to make her debut in the Marvel universe. She will be appearing in the most-anticipated upcoming show Loki alongside Tom Hiddleston, Owen Wilson, Sophia Di Martino, Gugu Mbatha-Raw, & Jaimie Alexander.

How Rich Is Wunmi Mosaku?

As of March 2021, Wunmi's net worth has not been officially revealed yet. However, it is a s sumed between $1Million-$5Million.She has made a fair amount of money from her profession as an actress. 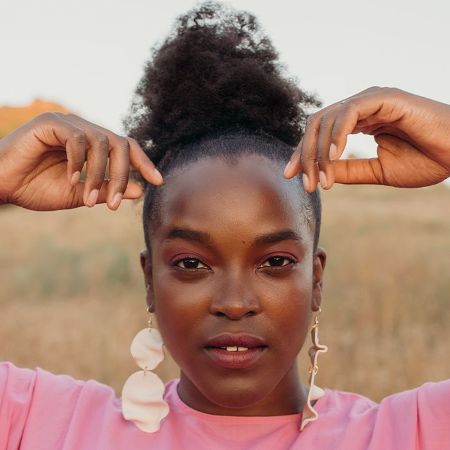 CAPTION: Wunmi Mosaku's net worth is estimated at $1Million-$5Million as of 2021 SOURCE: Who What Wear

Is Wunmi Mosaku Single Or Married?

As of 2021, Mosaku's relationship hasn't been revealed yet. She is very private and almost nothing is revealed about her dating or possible married life.  Also, there is no information about her past relationship. She is also not quite active on social media, which makes her personal life even harder to pin down.