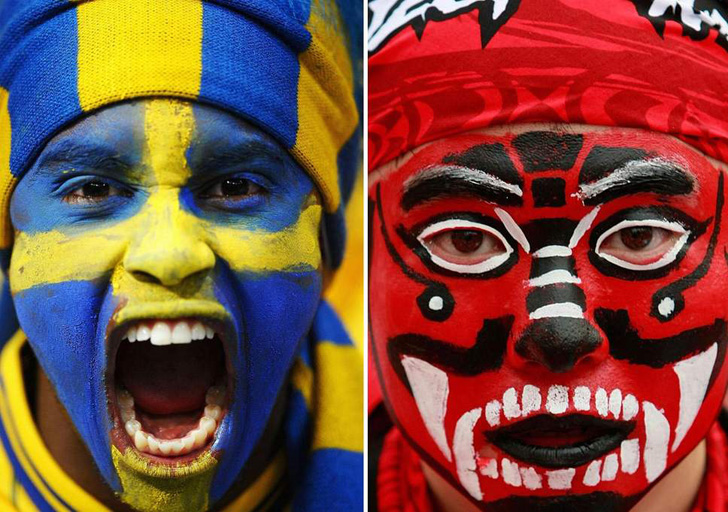 With defending champions, Germany losing in the Group F game, Sweden and the Korea Republic are well aware for their opening match at the 2018 World Cup that could well decide their future in the competition.

Retweet With Your Friends! pic.twitter.com/mXPhF7BPIe

Sweden is having their first World Cup match after the 12-year long gap from the tournament. The squad made their return at the 2018 World Cup, without their talisman of the last decade, Zlatan Ibrahimovic.

As for the South Koreans, who are embarking on their tenth World Cup campaign, they have a very clear objective: to improve on their performance in Brazil four years ago, when they collected a solitary point in the group stage and went home early.

Sweden and the Korea Republic is having their first match at 1 pm GMT (11 am U.S. time) at Nizhny Novgorod Stadium.

Sweden and the Korea Republic are having their first ever match in the history of World Cup.

Sweden made their first World Cup appearance in 1934 and has made eleven FIFA appearances and six European Championships.

Emil Forsberg. The 26-year-old winger is an impressive, speedy and clinical player who will see the ball plenty. He's done well at Red Bull Leipzig since his move from Malmo in 2013 and already has 36 caps with the national team. He'll be counted on as the creator in the attack.

John Guidetti. The former Manchester City man hasn't lived up to some high expectations. He had one good season on loan at Feyenoord but other than that has been inconsistent. He's strong and good in the air, but it feels like there is a shortage of confidence.

Son Heung-min of Tottenham. The 25-year-old striker is a fantastic, improving player that has made a splash in the Premier League since arriving from Leverkusen in 2015. Not a full-time starter, he's got 47 goals in 139 matches for the club, scoring 21 in 2016-17 and 18 goals last season. And he's no poacher. He can create for himself, has fine speed and can finish from the toughest of angles. He's a potential breakout star this summer.

Hwang Hee-chan. The 22-year-old striker has done well in limited time at Red Bull Salzburg, but he's already got 56 matches under his belt at the team since 2015. He is small, quick, smart and already has shown some serious flashes.